The two varieties which bear the 1797 reverse can be identified by observing the stems at the bottom of the branch. One variety has the two stems while the other variety has no stems (stemless wreath). The differences between the two are depicted below in the example comparison image: 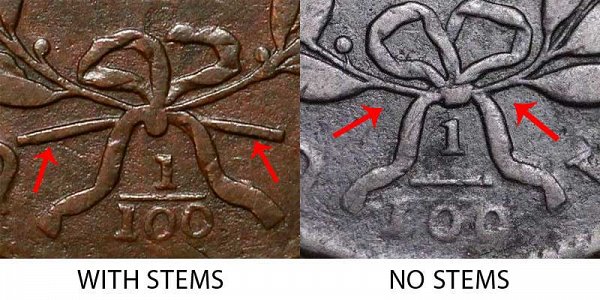 The two varieties which bear the 1795 reverse can be identified by viewing the edge of the coin. One has a smooth plain edge while the other has a gripped edge with notches or grooves in the edge. Below is an example image of what the gripped edge would look like: