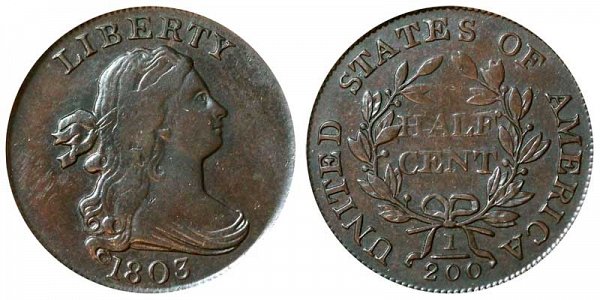 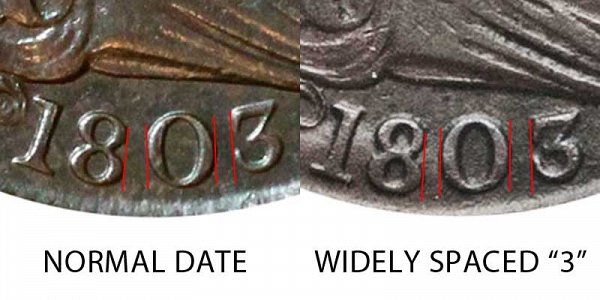 Perhaps the easiest way to identify and distinguish this variety is to simply view the reverse of the coin. Specifically note the spacing between the two zeros "00" in the 1/200 denomination fraction at the bottom. In the normal date variety - the space is actually much wider. Where as in the "Widely Spaced 3" variety - the double zeros are practically touching and are very closely spaced. The difference between the reverses of these two varieties is depicted below in the example comparison image: 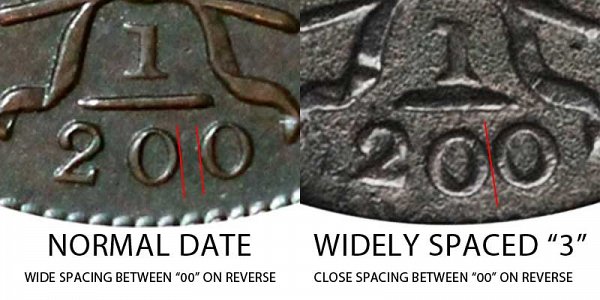