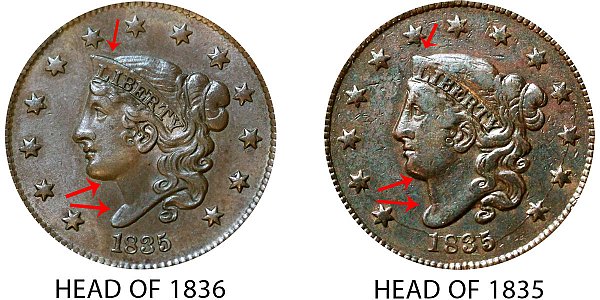 One major variety is the 1835 Coronet Head Large Cent (Penny) which depicts the 1836 design of the head of liberty on the obverse of the coin. The difference between the Head of 1836 vs Head of 1835 is depicted above in the example comparison image. Note how the portrait of the 1836 liberty has a longer jaw line and the position of the neck is place further back. The hairline on the 1836 liberty head is also positioned further back relative to where it intersects the "LIBERTY" crown. These features are depicted by the arrows in the image above.

USA Coin Book Estimated Value of 1835 Coronet Liberty Head Large Cent (Head of 1836 Variety) is Worth $28 in Average Condition and can be Worth $399 to $607 or more in Uncirculated (MS+) Mint Condition. Click here to Learn How to use Coin Price Charts. Also, click here to Learn About Grading Coins. The Melt Value shown below is how Valuable the Coin's Metal is Worth (bare minimum value of coin). Click here to see the Melt Value of every US Coin. 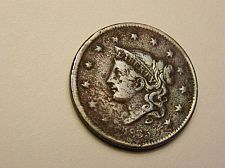 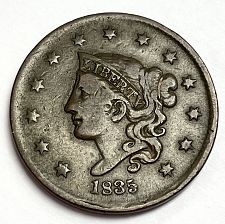 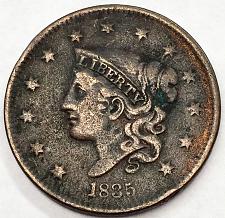