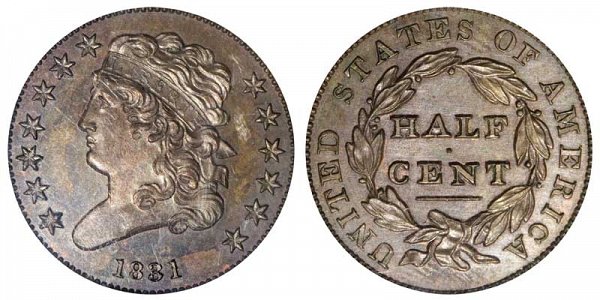 One major variety of the 1831 Classic Head Half Cent (Penny) features the first restrike version. The reverse of this coin features large round berries on the wreath. This was the design used between 1831-1836. The left side of the last letter "S" in the word "STATES" will line up with the tip of a leaf near the top of the wreath (whereas the right side of the letter "S" will line up with the leaf in the original version). The restirkes were produced years later between 1858-1861 for sale to collectors. The difference between the original strike vs first restrike vs second restrike is depicted below in the example comparison image. Source of example images are courtesy of Heritage Auction Galleries: 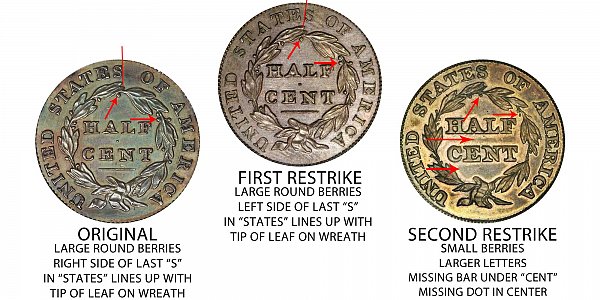