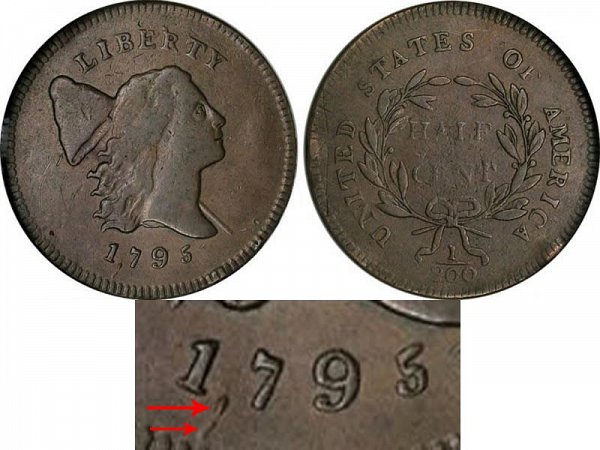 One major variety of the 1795 Liberty Cap Half Cent (Penny) features a Punctuated Date and also have a Lettered Edge. The punctuated date looks like a large comma between the 1 and 7 in the 1795 date. This was not intentional but rather was the result of a die defect. An example image of this is depicted above.

In addition: This variety has a lettered edge around the coin. Some coins were too thin and were left plain since there wasn't enough room to stamp letters around the edge. The words on the edge of the coin read: "TWO HUNDRED FOR A DOLLAR". An example of the lettered edge text on the half cent is depicted below in the example image: