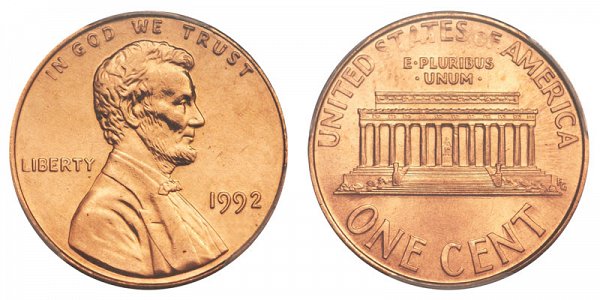 The US Mint produced two major varieties of the 1992 Lincoln Memorial Cent (Penny). The most common variety for 1992 is the wide "AM" variety. Although the one shown above is the rarer close "AM" variety.