US Chief Coin Designer and Engraver

Elizabeth Jones was born on May 31, 1935 in Montclair, New Jersey. During her childhood, she developed a talent and interest in the arts, which would eventually become her career. In 1953, at the age of 18, Elizabeth graduated from the Montclair Kimberley Academy (also known as Kimberley School before 1974). After graduation, she attended Vassar College where she earned her Bachelor of Art Degree in 1957. After studying the arts and gaining more experience, she soon attended the Art Student's League in New York and studied painting. Eventually, she moved to Rome, Italy where she stayed for around 20 years, studying abroad. 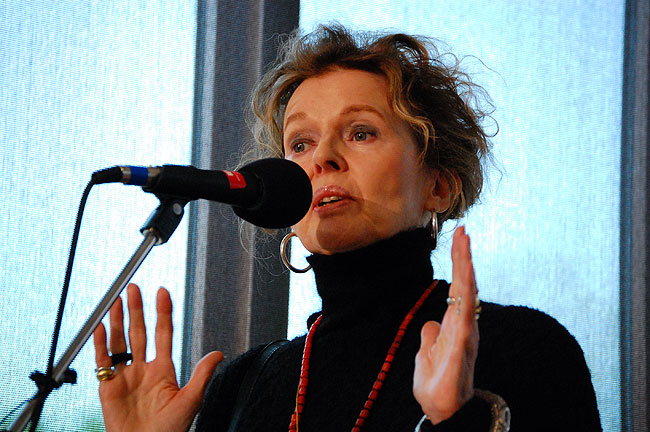 Elizabeth Jones - Eleventh Chief Engraver and Sculptor of the US Mint

Jones moved to Italy in order to expand her horizons in the artistic field. Jones stated that she was surrounded by great works of sculpture and became more interested in this field of art. She arrived mainly as a painter, but after about a year in Rome, she began moving towards becoming a sculptor. She attended Scuola dell' Arte dolla Medaglia, a school of the Medallic Arts and relief sculpting. In fact, this school was within the Italian Mint and would have dealt with coinage. Elizabeth Jones gained much experience and learned new talents in sculpting and she started up her own studio in Rome after graduating in 1964.

In the years that followed, Jones began building an excellent reputation for her skills and mastery of the arts. She began receiving commissions from some of the most prestigious and well-known names in numismatics and medallics, including the private Franklin Mint, Judaic Heritage Society and the Medallic Art Company. In 1972, Elizabeth given the Art Award for Excellence in Medallic Sculpture by the American Numismatic Association. A few years later, she also won the Bennett Award from the National Sculpture Society. By the turn of the decade, Elizabeth Jones was known as one of the most prestigious medalists in the world before returning to the United States.

On January 16, 1981, legendary US Mint Chief Engraver and Sculptor Frank Gasparro decided to retire from the Mint. Many sculptors and engravers applied for the open position and so friends and colleagues of Elizabeth Jones encouraged her to apply for the job. Given her talents and reputation, she decided to enter the competition and applied for the job. US President Ronald Reagan nominated her as the appointee for the job and was confirmed by the US Senate. She was sworn in by Donna Pope, Director of the Mint, as the 11th Chief Sculptor and Engraver of the US Mint, on September 28, 1981, at the age of 46. Women's rights groups praised the decision and Elizabeth Jones as an icon since she is the first women in US history to hold this position.

The next year in 1983, Jones designed a new commemorative coin to honor the upcoming 1984 Summer Olympics in Los Angeles, California. The obverse of the new 1983 Los Angeles Olympics Silver Dollar was designed by her and depicts an Olympian athlete within conjoined outlines and the words "XXIII OLYMPIAD" near the top rim, "LIBERTY" near the bottom-right rim and "IN GOD WE TRUST" next to the athlete. The Olympic logo with 5 interlocking rings appears just to the right of the athlete. The athlete depicted on the coin is actually inspired by The Discobolus of Myron, an ancient Greek sculpture. The reverse of the coin depicts an American eagle with our motto "E PLURIBUS UNUM" and the words "UNITED STATES OF AMERICA" along the upper rim and "ONE DOLLAR" along the bottom rim. 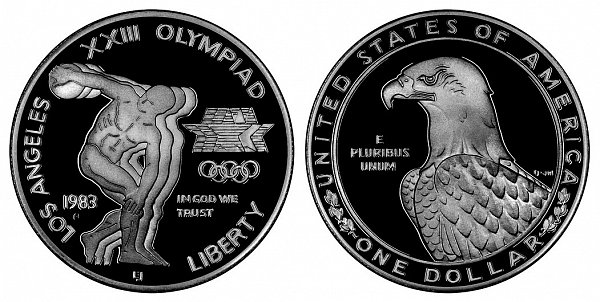 The next major project Elizabeth took on was the design of the 1986 Statue of Liberty Gold Half Eagle. The obverse of this five dollar gold coin depicts the face of the Statue of Liberty while the reverse of this coin depicts a flying eagle. Two years later, she designed the obverse of the 1988 Olympic Gold Half Eagle, which depicts the Greek Goddess Nike, or the Winged Goddess of Victory. The reverse of the coin, designed by Marcel Jovine, depicts the Olympic flame, the interlocking 5 rings of the Olympic logo with the words USA inside them. Again, this coin is a Five Dollar gold coin. Also in 1988, Elizabeth Jones oversaw the commissioning of the West Point Coin Mint, which officially became the newest, major US Branch Mint on March 31, 1988. Ironically, this bullion repository is now almost exclusively well known for producing commemorative coins, and also most of the silver and gold bullion coins.

1986 Statue of Liberty Gold Half Eagle, designed by Elizabeth Jones. 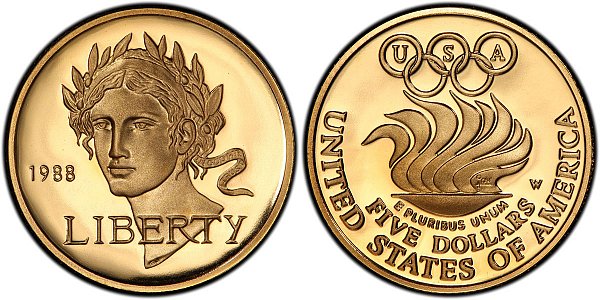 In 1991, Elizabeth Jones retired from her position at the US Mint after 10 years of service. Although she did not design any official US currency to be circulated in public, she was monumental in launching the modern US commemorative coin programs that are still running stronger than ever today. After her retirement, the post of Chief Engraver remained vacant and was later abolished by Congress for 15 years. Although the title was resurrected again in 2006 when John M. Mercanti became the 12th Chief Sculptor and Engraver of the US Mint.

Nearly a decade later in 2001 and after retirement, Jones designed another very popular coin known as the 2001 Capitol Visitors $5 Gold Piece. The obverse of this coin depicts a Corinthian column from Greek architecture and the words "1800 FIRST CONVENING OF CONGRESS IN WASHINGTON", "LIBERTY", and "IN GOD WE TRUST". The reverse of this coin depicts the original US Capitol Building as it was in early United States history. Above the building depicts the US motto "E PLURIBUS UNUM", the upper rim includes the text "UNITED STATES OF AMERICA" and the lower rim includes "FIVE DOLLARS" with the "W" mint mark just above it. Only 100,000 of these five dollar gold commemorative coins were authorized, and these pieces were struck at the West Point Mint. 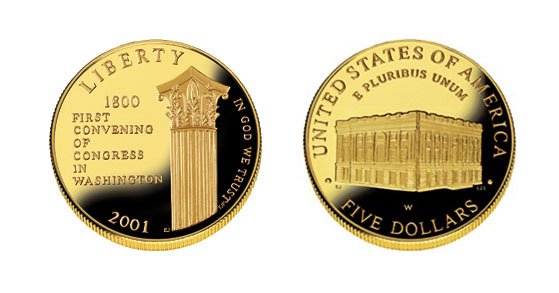 Outside of coin design, Elizabeth Jones was also devoted to the creation of relief portraits. She produced medals depicting famous names such as Pope John Paul II, Albert Schweitzer, Nelson Rockefeller and Pablo Picasso. In more recent times, she has worked on life-sized, sculpted portrait busts. One example includes a bronze bust of Henry Kissinger, which is now on display at the Library of Congress. In 2005, she completed a sculpted, realistic bust of former UN Secretary General Kofi Annan. It was given to Annan's alma mater Macalester College that year.

Of the five coins described above, Jones received the International Coin of the Year Award for three of them. She had won many other awards during her career, including a 1985 Distinguished Alumni Award from her hometown Kimberley School, Sculptor of the Year award from the American Numismatic Association, and the Louis Bennett Award from the National Sculpture Society. In 1994, she was also made an Honorary Life Member at the American Numismatic Association. Though she did not design official US currency, her accomplishments were monumental to the evolution and development of the US commemorative coin program, which is one reason why she is celebrated in the field of coin collection and numismatics.