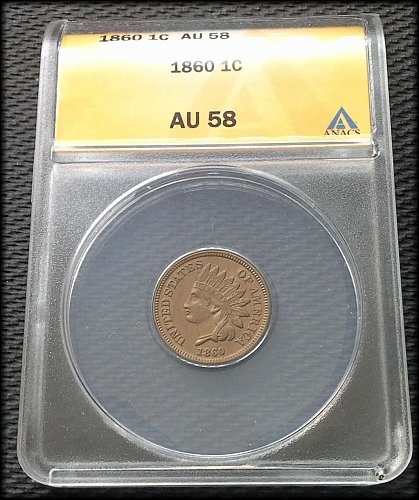 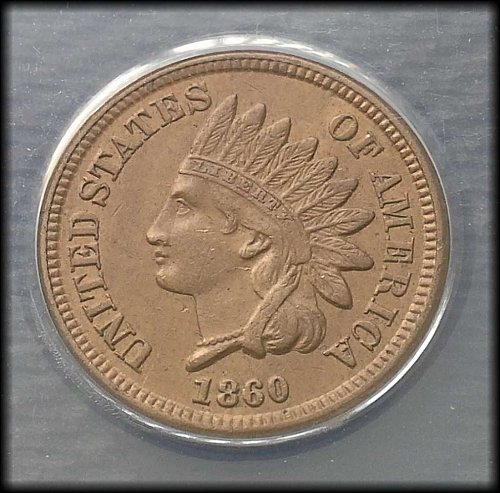 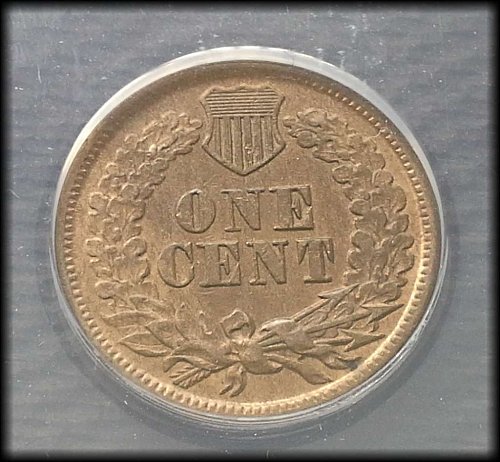 The Indian Head cent, also known as an Indian Head penny, was a one-cent coin ($0.01) produced by the United States Bureau of the Mint from 1859 to 1909. It was designed by James Barton Longacre, the Chief Engraver at the Philadelphia Mint.

From 1793 to 1857, the cent was a copper coin about the size of a half dollar. As rising copper prices made it impractical to keep striking them, in 1857 the Mint reduced the size of the cent, issuing a new design, the Flying Eagle cent. The new pieces were identical in diameter to modern cents, though somewhat thicker and made of copper-nickel. The design caused production difficulties, and the Mint soon looked to replace the coin. Mint Director James Ross Snowden selected the Indian Head design, and chose a laurel wreath for the reverse that was replaced in 1860 by an oak wreath with a shield. Cents were hoarded during the economic chaos of the American Civil War, when the metal nickel was in short supply. As Mint officials saw that privately issued bronze tokens were circulating, they induced Congress to pass the Coinage Act of 1864, authorizing a slimmer cent of bronze alloy.

In the postwar period, the cent became very popular and was struck in large numbers in most years. An exception was 1877, when a poor economy and little demand for cents created one of the rarest dates in the series. With the advent of coin-operated machines in the late 19th and early 20th centuries, even more cents were produced, reaching 100 million for the first time in 1907. In 1909, the Indian Head cent was replaced by the Lincoln cent, designed by Victor D. Brenner.

Check Out Our Other Websites


Payment methods accepted:
Return Policy:
Item must be returned within: 14 days - Buyer pays return shipping costs.
Refund will be given as: Money back