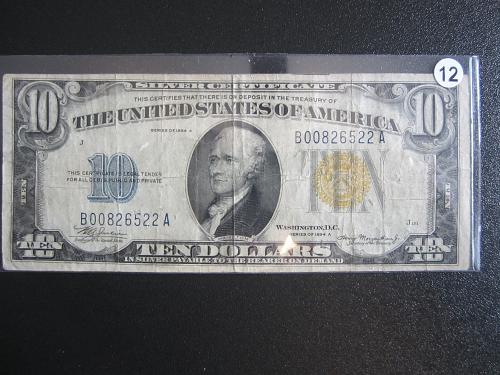 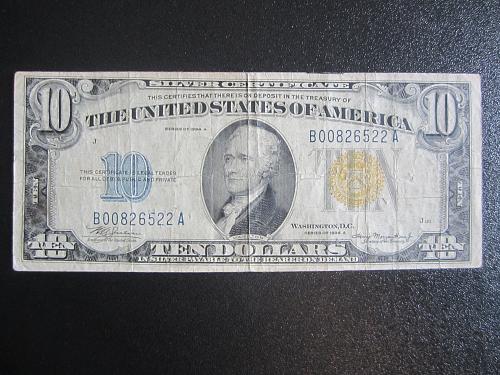 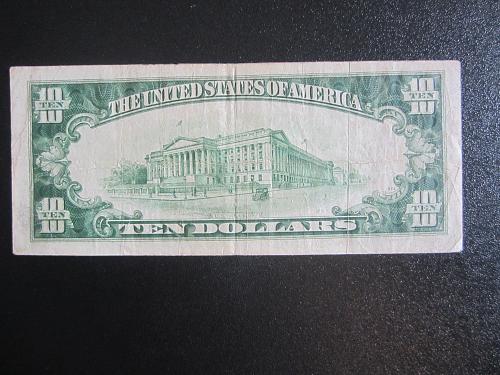 Picture is actual bill you receive!

Silver Certificates were originally introduced in 1878 and involved denominations from $1 to $1,000 on large size paper money. Small (modern) size silver certificates were continued in 1928, when the United States underwent a major redesign change in significantly reducing the size of her paper money.  The blue serial numbers and seal make recognition easy.

Northern Africa. Had U.S. Forces suffered defeat, the entire series would have been demonetized.

So, the small size silver certificate before you now comes from a long and storied history of rare and expensive banknotes.  Silver certificates?on small size notes?were issued only in denominations of $1, $5, and $10.  They were abolished by the Act of June 4, 1963 whereby the paper instrument was no longer redeemable for silver granule


If payment is made by check, the bill will ship after the check clears the bank. This may take a few extra days.