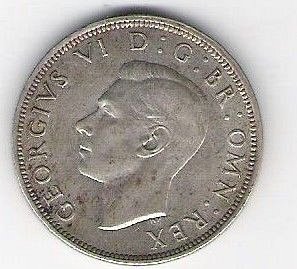 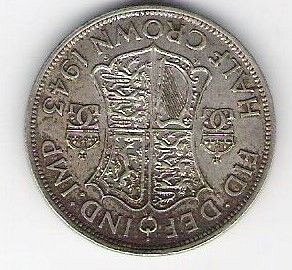 In the 1800s, the silver half crown coin was (very roughly) convertible into an American fifty-cent piece, and was sometimes nicknamed the "half dollar" in North America.

The half crown was demonetised (ahead of other pre-decimal coins) on 1 January 1970, the year before the United Kingdom adopted decimal currency on Decimal Day. During the English Interregnum of 1649–1660, a republican half crown was issued, bearing the arms of the Commonwealth of England, despite monarchist associations of the coin's name. When Oliver Cromwell made himself Lord Protector of England, half crowns were issued bearing his semi-royal portrait. The half crown did not display its value on the reverse until 1893.

Shipping services available:
Payment methods accepted:
Return Policy:
Item must be returned within: 7 days - Buyer pays return shipping costs.
Refund will be given as: Money back