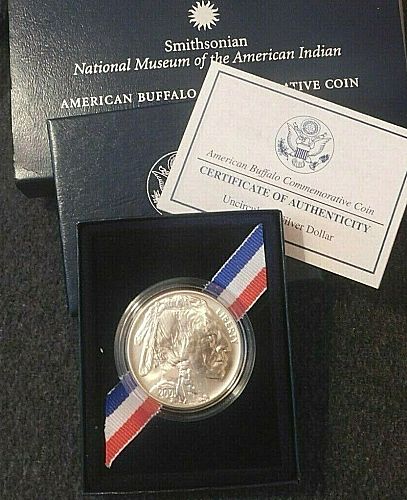 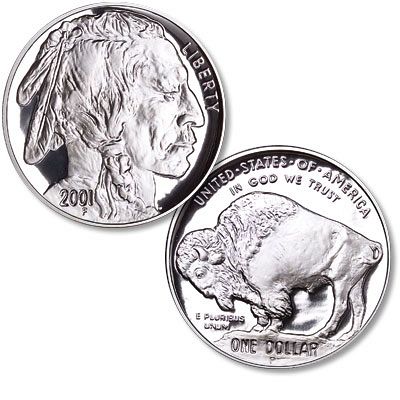 This Philadelphia Mint Proof silver dollar was issued to commemorate the National Museum of the American Indian of the Smithsonian Institution, the museum's opening, and to supplement the museum's ongoing endowment and educational funds. The design is based on the five-cent Buffalo nickel by James Earle Fraser, minted from 1913-1938. That design features two American icons: a Native American profile, and an American buffalo.

The obverse shows the profile of a Native American.

The reverse bears the image of an American buffalo (also known as a bison).