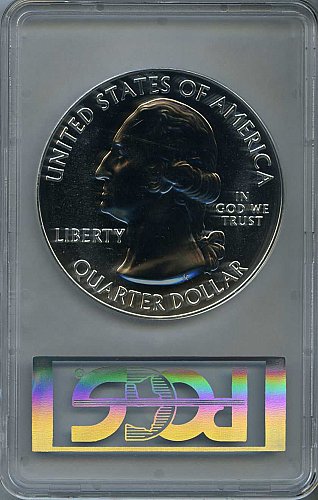 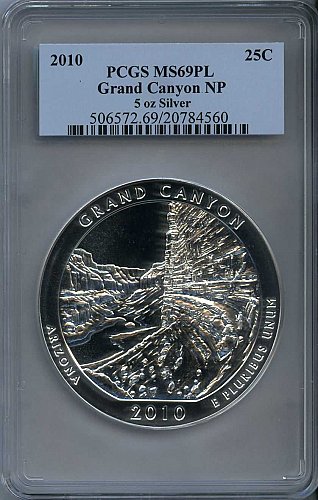 The 2010 Grand Canyon National Park Quarter is the fourth design issued in the America the Beautiful Quarters Program.

The 5 oz. America the Beautiful National Park Quarters are the largest coins ever struck by the U.S. Mint. The Mint produced a Bullion version in 2010 and these Bullion 5 oz versions could only be purchased by Mint Authorized Bullion Distributors. The Mint Distributors had to pay the spot price of silver plus an additional $9.75 premium for each coin.

Due to the one per household limit, collectors were initially reselling the coins for about $2500 a set in the aftermarket, even though the distributors were only selling them in the $950 to $1000 range.