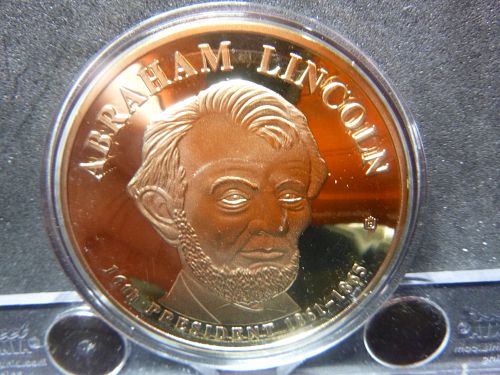 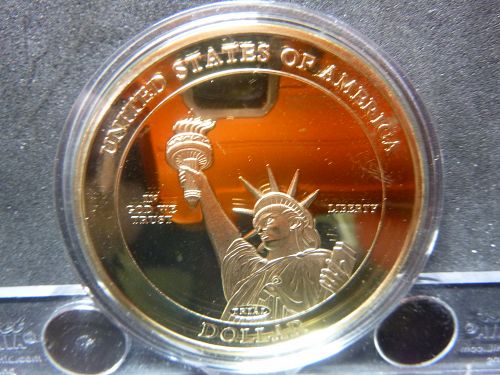 In 2005, Congress commissioned the U.S. Mint to create a series of coins honoring the United States Presidents, to be released in the order that they served. The first coin, featuring President   On November 18, 2010, the highly anticipated Abraham Lincoln Presidential Dollar was released to the public, sparking a frenzy among coin collectors all over the world. Although the Presidential Dollars were very popular among collectors, it was decided that, due to budgetary restraints, production of future Presidential Dollars would be limited. Since 2012, only collectors willing to pay a premium above face value have been able to purchase new Presidential Dollars for their collection. Minted to the highest quality Proof standard, this exquisite tribute has been expertly layered in brilliant 24k gold! This massive coin is an impressive 2.75" in diameter. Thats nearly 2 1.2 times the diameter of an actual Presidential Dollar!

Washington Sales Tax: Buyers located in the US State of Washington must pay an extra 10.00% sales tax as set by the seller. This comes out to be an extra $1.63 for this item based on the current price. This tax will be applied during checkout after a shipping address is provided.