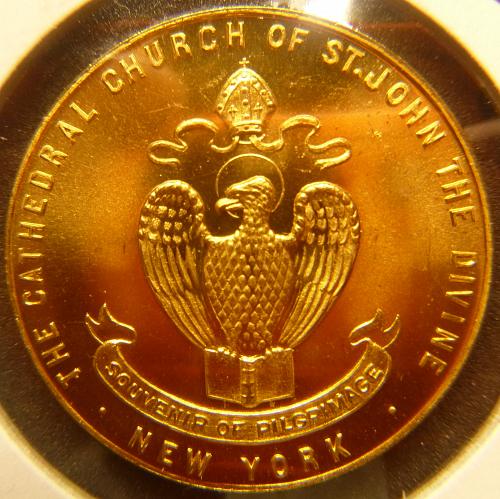 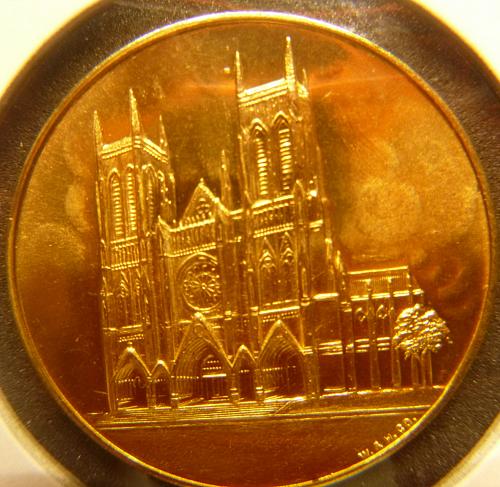 The coin measures 1-1/4'' wide. It is in excellent condition as pictured. Below here is some historical background reference information:

Cathedral of Saint John the Divine, New York
From Wikipedia, the free encyclopedia

Located at 1047 Amsterdam Avenue New York, N.Y. 10025 (between West 110th Street, which is also known as ''Cathedral Parkway'', and 113 Street) in Manhattan's Morningside Heights, the cathedral is claimed to be the largest cathedral and Anglican church and third largest Christian church in the world. The cathedral, designed in 1888 and begun in 1892, has, in its history, undergone radical stylistic changes and the interruption of the two World Wars. It remains unfinished, with construction and restoration a continuing process.