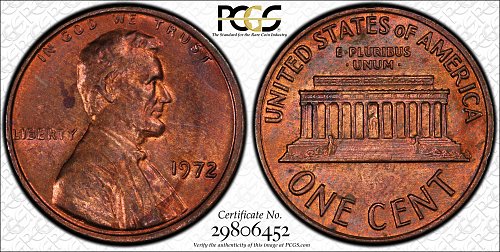 The following description of this error variety is from Wexler's Coin and Die Varieties website:

Description:  A close Class I CCW spread shows on IGWT.  Doubling also shows on the lower LIB of LIBERTY and the 2.

Submitted By:  Stage A: Joseph Koelling, Stage B & C: John A. Wexler

Values:  A PCGS AU58 specimen of this variety sold at a Teletrade auction for $2,990.  The sale took place on Sunday, March 11, 2012 and the final price realized includes a 15% buyer's premium charged by Teletrade.

Comments:  This doubled die variety has proven to be very rare.  It has been suggested that the rims cuds, especially those seen on Stage C, may be evidence that the obverse die deteriorated rapidly and fell far short of a normal die run.  Additional evidence that this variety had a very short die run comes in the fact that the several different stages of the reverse die for this variety can be found without the doubled obverse die.