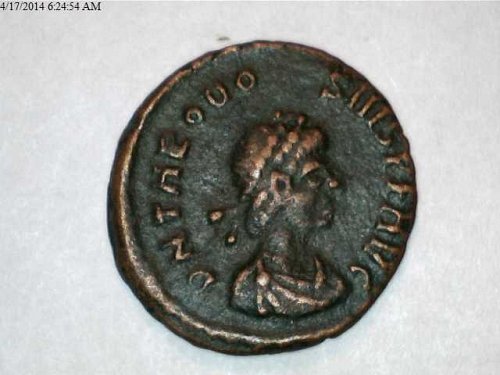 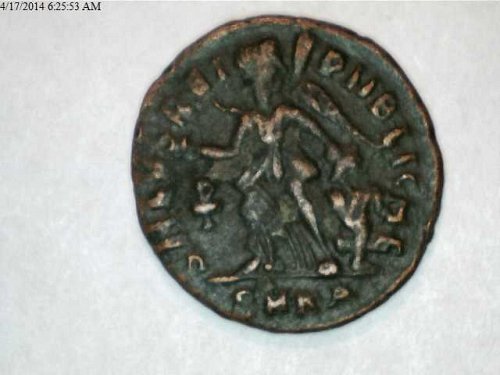 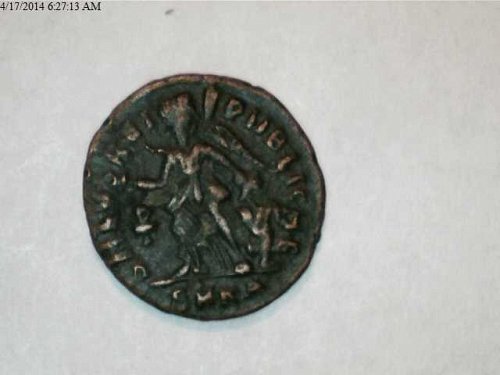 One of the Late Empire's More Effective Rulers

This is a Very Fine (I am pretty sure of this grade) AE4 (bronze), about 14mm,  from the Late Empire.  These coins of Theodosius I "The Great" are Moderately More Difficult to find.

This coin's Obverse legend is :  DN THEODO-SIVS PF AVG and has a draped, pearl diademed, and cuirassed bust facing right.

The coin's Reverse has the legend:  SALVS REI-PVBLICAE with Victory walking left carrying a trophy and dragging a captive.  Chi-Rho in left field, SMHA mintmark (Heraclea) in ex.

About this Ruler considered by many to be one of the more effective rulers of the Late Roman Empire:

Born as Flavius Theodosius, ca. 346 A.D., he rose through the ranks of the military and was appointed as Augustus over the East after the Visigoths, who had revolted in AD 376, ambushed and killed the Emperor Valens, the brother of Valentinian I,  and massacred  nearly the entire Roman army in AD 278.

Gratian arrived at the scene of the massacre a little late, and this is when he appointed one of his senior officers, Theodosius as Augustus to rule the East.

Theodosius made peace with the Visigoths, allowing them to settle as a nearly independent kingdom within the Roman territory.  They were untied to Rome merely as a "federate" status.

Theodosius then established his court in the East as he continued a seemingly intractable war with Persia, which wanted to possess Armenia.


I also Accept BITCOINS - Contact me for My Receiving BTC Address