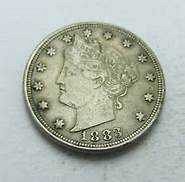 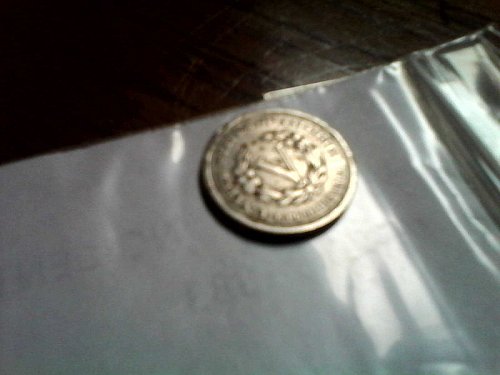 Because the first 1883 Liberty Head ‘V’ nickels did not contain the words ‘FIVE CENTS,’ and also because the coins are about the same diameter and look somewhat similar to the then-circulating $5 Liberty gold coin, some people took it upon themselves to gold-plate 1883 no-cents Liberty nickels and try to pass them off as $5 gold coins.

Apparently, this was a somewhat pervasive problem at the time and the United States Mint soon added ‘FIVE CENTS’ to the reverse of the coin under the ‘V’ to ward off any further counterfeiting attempts.

This 1883 coin draws a fair share of attention for being the first year of issue for the Liberty nickel series, but the most intriguing story behind the 1883 no-cents nickel has to do with how it became known as the ‘racketeer nickel.

However, during the first months of production, the 1883 Liberty Head nickel, a design which has a big Roman numeral ‘V’ on the reverse to symbolize five cents, lacked the words ‘FIVE CENTS.’