Maintained By: halvesandhalves (8) - View all of my items 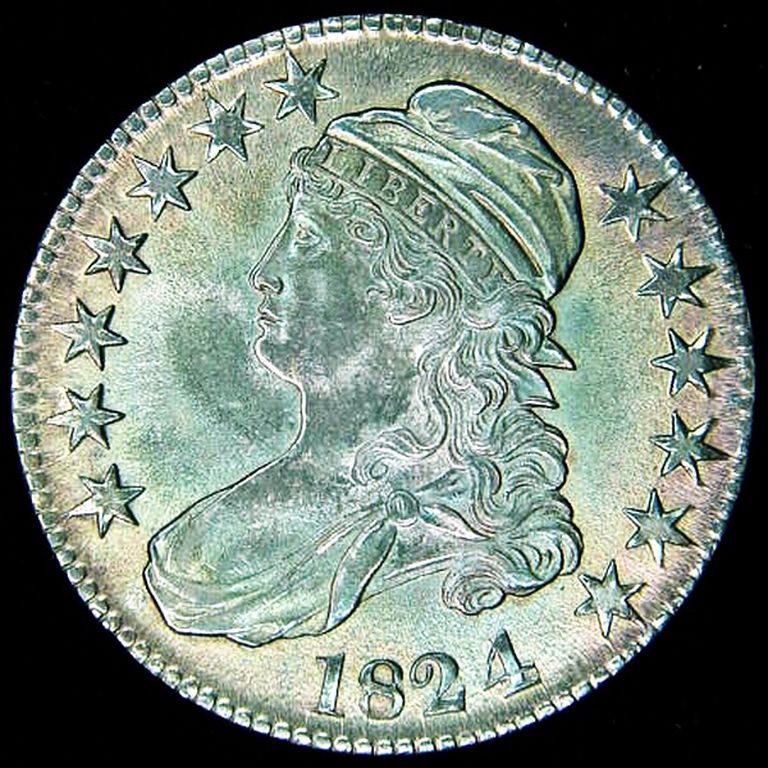 Private 50+ year veteran collector selling off extras as sets are built and upgraded.

~ ALL COINS ARE STORED IN THE BANK ~

Please don't try to rob us, Smith & Wesson are always nearby and you never know what they'll do!

Thanks for looking and happy collecting.

Numismatics has always been my #1 hobby and interest, all the way back to age 7, and I have learned a lot as I researched what I was collecting. If you want to keep your kid or grandkid off the streets, interest them in rare coins early on and they'll do the rest on their own.

I have always specialized in half dollars and had a nearly complete set before I discovered how rare early half eagles are. I started building the half eagle set as a date set less than a decade ago but I managed to turn it into a nearly complete set from 1839 to 1908, needing only 12 issues out of more than 200 necessary to complete it. As you can see by my listings on this site, half dollars and half eagles are my passion.

Since I have gone about as far as I can with the half eagle set, I have since set my sights back on early half dollars and am presently assembling a date set in choice mint state condition. If you have any dates before 1825 and would like to trade for anything I have listed, please contact me at kpaypal@centurylink.net and we'll see what we can hammer out.

Some of the coins listed here are extremely rare, many with less than 100 known to exist in any grade or condition, and some with less than 50 known. Rarity is paramount to me- why would you want to own sets of coins that many others own roll or bag sets of? A large percentage of Morgan silver dollars are still available in mint state today, by the roll and by the bag, and half of those are slabbed by the major grading services and available by the hundreds at a moment's notice! I seek out the really hard to find stuff, like early type coins in high degrees of mint state, or very rare issues that most ignore, like some of the very scarce half eagles with less than 50 known to exist. Try to find them- they are buried in collections for lifetimes at a time and not available to the average collector. But I'm not your average collector and I choose to disperse my sets directly to fellow collectors, so take advantage of the opportunity. And even though a few of the scarcer coins are lower grade and even have minor problems, almost every coin I own was picked for it's eye appeal too, so expect a coin that is nice enough that *I* would put in *my* collection- afterall, I already have, and I have always been a picky collector!

Why buy coins like 1909-S VDB red gem cents or 1893-S dollars that are available by the handful *today* when there are so many early issues that are many many times rarer than any of the traditional key dates, and much better values to boot. I'd rather own an XF coin that had an original mintage of only a few thousand & a total surviving population of only a hundred or so at $2500 than a gem BU red 1909-S VDB cent at $5000, that's a no brainer in my book! Once you actually study the population numbers and auction records and read the expert opinions on 'sleeper' rartities you will likely want to sell your Morgan collection and buy into this great series. I know- I had a choice to gem BU Morgan collection of about five hundred pieces and sold them all to build the half eagle set. Best thing I ever did in the hobby, and it gained me an award too. Life can't get any better for a die hard coin collector.

Please forgive the terrible photos, I am using the camera on a smart phone and it is obviously far from professional, the coins look much better in hand- please see our feedback on ebay (our ebay seller name is heres*your*change) for an idea of how conservative our grading is.

Thank you for visiting and enjoy the great coins to come. If you see anything you like, please feel free to contact me about it- I am a collector at heart and love discussing coins in my spare time.