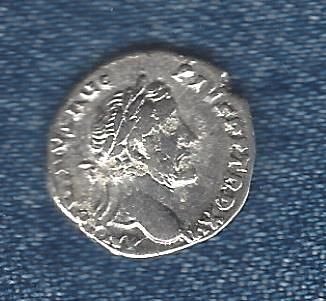 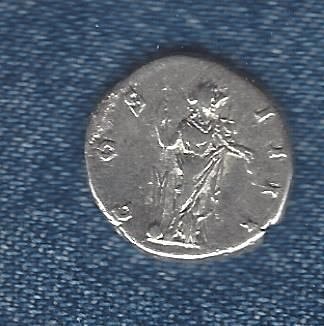 Antoninus Pius (Latin: Titus Fulvus Aelius Hadrianus Antoninus Augustus Pius;  born 19 September, 86 AD – died 7 March, 161 AD), also known as Antoninus, was Roman Emperor from 138 to 161. He was a member of the Nerva–Antonine dynasty and the Aurelii. He was born as the only child of Titus Aurelius Fulvus, consul in 89 whose family came from Nemausus (modern Nîmes). He was born near Lanuvium and his mother was Arria Fadilla. Antoninus’ father and paternal grandfather died when he was young and he was raised by Gnaeus Arrius Antoninus, his maternal grandfather, reputed by contemporaries to be a man of integrity and culture and a friend of Pliny the Younger. His mother married Publius Julius Lupus (a man of consular rank) suffect consul in 98, and two daughters, Arria Lupula and Julia Fadilla, were born from that union.

He was appointed by the Emperor Hadrian as one of the four proconsuls to administer Italia, then greatly increased his reputation by his conduct as proconsul of Asia, probably during 134–135. He acquired much favor with the Emperor Hadrian, who adopted him as his son and successor on 25 February 138, after the death of his first adopted son Lucius Aelius, on the condition that Antoninus would in turn adopt Marcus Annius Verus, the son of his wife's brother, and Lucius, son of Lucius Aelius, who afterwards became the emperors Marcus Aurelius and Lucius Verus.

By this scheme, Verus, who was already Hadrian's adoptive grandson through his natural father, remained Hadrian's adoptive son through his new father. The adoption of Marcus Aurelius was probably a suggestion of Antoninus himself, since the former was the nephew of the later's wife and would be his favorite son.
On his accession, Antoninus' name became "Imperator Caesar Titus Aelius Hadrianus Antoninus Augustus Pontifex Maximus". One of his first acts as Emperor was to persuade the Senate to grant divine honours to Hadrian, which they had at first refused; his efforts to persuade the Senate to grant these honours is the most likely reason given for his title of Pius (dutiful in affection; compare pietas). Two other reasons for this title are that he would support his aged father-in-law with his hand at Senate meetings, and that he had saved those men that Hadrian, during his period of ill-health, had condemned to death.

Antoninus built temples, theaters, and mausoleums, promoted the arts and sciences, and bestowed honours and financial rewards upon the teachers of rhetoric and philosophy] Antoninus made few initial changes when he became emperor, leaving intact as far as possible the arrangements instituted by Hadrian.

There are no records of any military related acts in his time in which he participated. One modern scholar has written "It is almost certain not only that at no time in his life did he ever see, let alone command, a Roman army, but that, throughout the twenty-three years of his reign, he never went within five hundred miles of a legion".

His reign was the most peaceful in the entire history of the Principate; while there were several military disturbances throughout the Empire in his time, in Mauretania, Iudaea, and amongst the Brigantes in Britannia, none of them are considered serious.

Nevertheless, Antoninus was virtually unique among emperors in that he dealt with these crises without leaving Italy once during his reign, but instead dealt with provincial matters of war and peace through their governors or through imperial letters to the cities such as Ephesus (of which some were publicly displayed). This style of government was highly praised by his contemporaries and by later generations.

Antoninus was regarded as a skilled administrator and as a builder. In spite of an extensive building directive - the free access of the people of Rome to drinking water was expanded with the construction of aqueducts, not only in Rome but throughout the Empire, as well as bridges and roads -, the Emperor still managed to leave behind a sizable public treasure, of around two and a half million sesterzi. The Emperor also famously suspended the collection of taxes from cities affected by natural disasters, such as when fires struck Rome and Narbona, and earthquakes affected Rodi and Roman provinces in Asia.

Of the public transactions of this period there is only the scantiest of information, but, to judge by what is extant, those twenty-two years were not remarkably eventful in comparison to those before and after his reign. However, he did take a great interest in the revision and practice of the law throughout the empire. Although he was not an innovator, he would not follow the absolute letter of the law; rather he was driven by concerns over humanity and equality, and introduced into Roman law many important new principles based upon this notion.

In 156, Antoninus Pius turned 70. He found it difficult to keep himself upright without stays. He started nibbling on dry bread to give him the strength to stay awake through his morning receptions. As Antoninus aged, Marcus would take on more administrative duties, more still when he became the praetorian prefect (an office that was as much secretarial as military) Gavius Maximus died in 156 or 157. In 160, Marcus and Lucius were designated joint consuls for the following year. Perhaps Antoninus was already ill; in any case, he died before the year was out.

Antoninus Pius' funeral ceremonies were, in the words of the biographer, "elaborate". If his funeral had followed the pattern of past funerals, his body would have been incinerated on a pyre at the Campus Martius, while his spirit would rise to the gods' home in the heavens. Marcus and Lucius nominated their father for deification. In contrast to their behavior during Antoninus' campaign to deify Hadrian, the senate did not oppose the emperors' wishes. A flamen, or cultic priest, was appointed to minister the cult of the deified Antoninus, now Divus Antoninus.

Antoninus Pius' remains were laid to rest in Hadrian's mausoleum, a column was dedicated to him on the Campus Martius and the temple he had built in the Forum in 141 to his deified wife Faustina was rededicated to the deified Faustina and the deified Antoninus. It survives as the church of San Lorenzo in Miranda.


Items must be paid for in three days. Thanks.