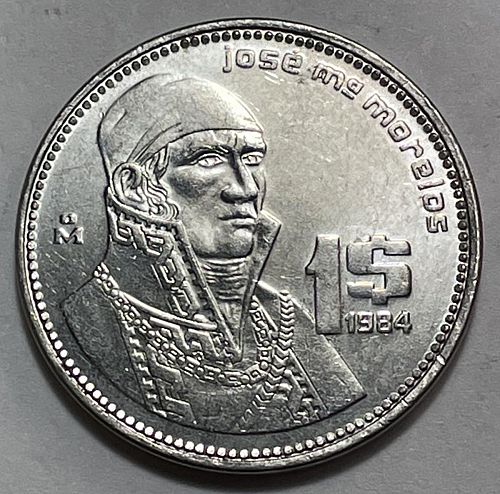 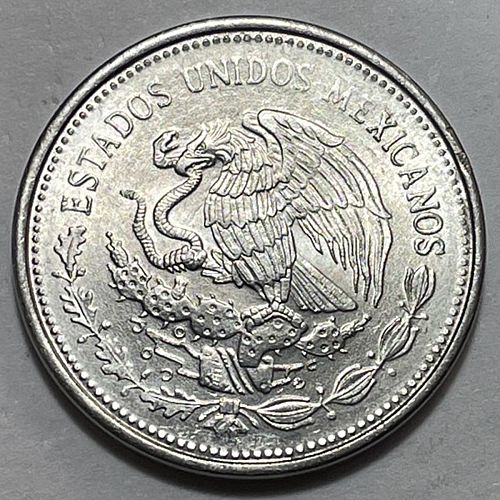 The national emblem of Mexico depicting a Mexican golden eagle perched on a prickly pear cactus devouring a snake above a half-wreath of oak and laurel below and the legend forming the upper semicircle.

Bust of José Morelos in a general's uniform with the mint mark Ṁ to the left, the denomination 1$ to the right with the date below the $, and at the upper right, "josé mª morelos" along the border.

California Sales Tax: Buyers located in the US State of California must pay an extra 10.25% sales tax as set by the seller. This comes out to be an extra $0.23 for this item based on the current price. This tax will be applied during checkout after a shipping address is provided.


Payment methods accepted:
Return Policy:
Item must be returned within: 30 days - Buyer pays return shipping costs.
Refund will be given as: Money back
Return policy details:
Refund will be paid when the coin is returned in good condition.