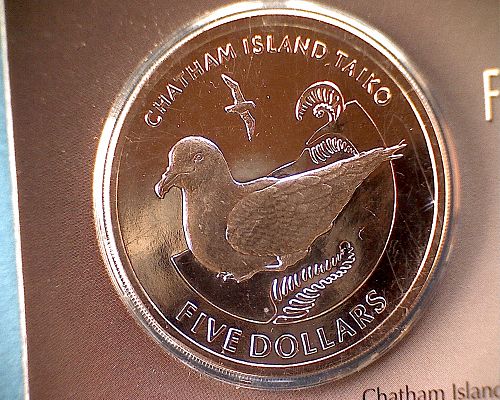 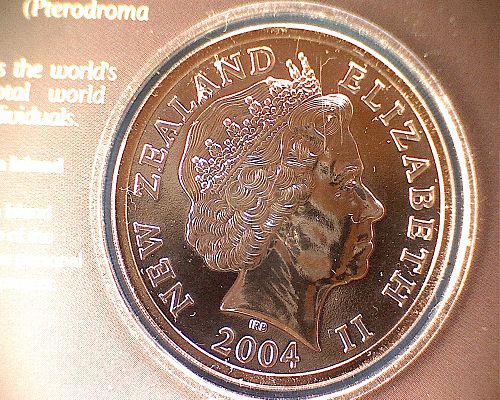 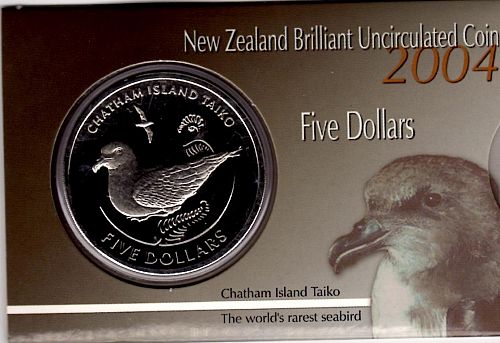 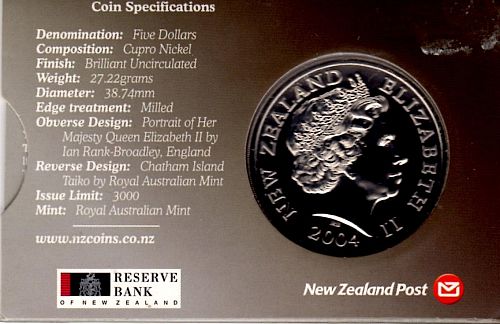 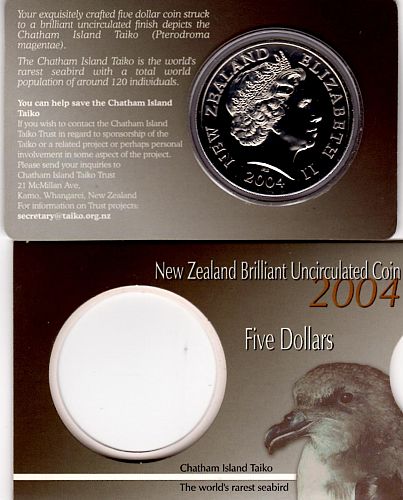 Listing Type:
This item is For Sale - Buy It Now
Quantity:
1  available for sale
Buy It Now For:
$45.00
Shipping:
$2.30    Economy Shipping (1 to 10 business days) - (more details)
Returns:
Returns are not Accepted - (more details)
Certified by:
Other
Certification Number:
"IN MY STORE"
Condition or Grade of Item:
MS - BU
Payment Methods Accepted:

The taiko, one of the world's rarest seabirds, is found on the Chatham Islands off mainland New Zealand. They nest in long burrows under forest cover.

The Chatham Island Taiko is one of the rarest seabirds in the world. Fewer than 200 are thought to exist. They breed only in dense forests at the southern end of main Chatham Island. Taiko were formerly hunted by early Polynesian settlers but the colonies disappeared to human knowledge about 100 years ago. At sea, one bird was taken as a specimen in 1867 and named the Magenta petrel after the Italian expedition’s ship. Bill Bourne made the first connection that the Magenta petrel and the “extinct” Chatham Island Taiko might be the same species. New Zealand ornithologist David Crockett carried out a series of expeditions to the Chatham Islands and rediscovered the species in 1978. Birds captured in flight by spotlighting were tracked using radio transmitters to locate their breeding sites. Very few breeding pairs remain so an intensive conservation program is run annually to protect this summer-nesting seabird.


INSURANCE AND TRACKING AT ADDITIONAL COST