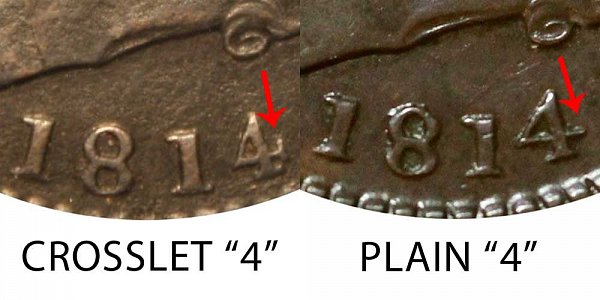 There are two major varieties of the 1814 Classic Head Large Cent (Penny). The varieties deal with varying styles used on the number "4" in the 1814 date. One style is a plain "4" which doesn't have a crosslet on the right-most tip of the "4". The other variety does feature a crosslet or extra bar on the right-most tip of the "4". These features are depicted by the arrow in the example image above along with the differences and comparison between the Crosslet 4 vs Plain 4.