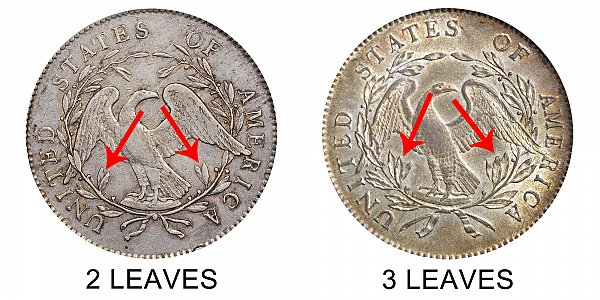 The other very rare variety features a silver plug placed through the middle of the coin. Some coins from 1794 and 1795 began as silver blanks before being struck. These blanks were individually weighed in order for the coin to contain the legal amount of silver authorized. Pieces that were overweight had to be filed down until they met the weight standard. Other coins were weight-adjusted by placing an 8mm circular silver plug through the center of the planchet. Once the correct weight was established - then the blank would be struck by the dies and minted into a US dollar. These silver plugs can sometimes be very difficult to identify because the metal content is the same and the design was struck over them - so the blend in very nicely. Sometimes there is a very slight color difference and parts of the circular outlines of the plug are seen in the middle of the liberty bust portrait on the obverse and in the middle of the eagle portrait on the reverse of the coin. An example closeup image of a silver plug on both sides of the coin is depicted below: 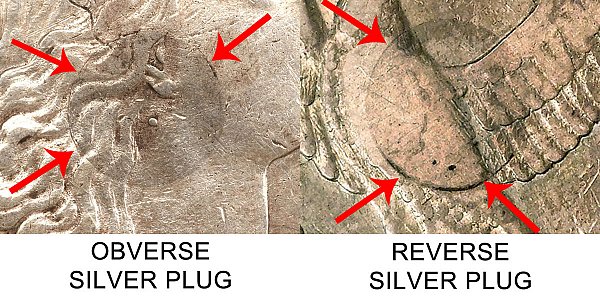