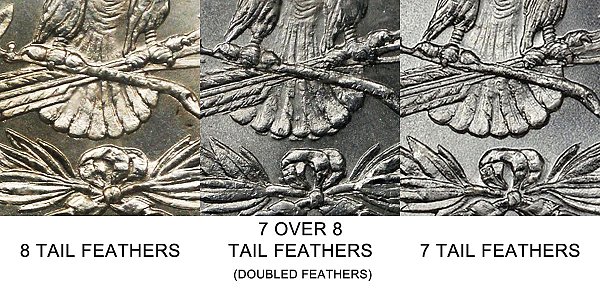 There were multiple varieties of the 1878 Morgan Silver Dollar - 7 Tail Feather Type. These varieties deal only with the coins that had only 7 tail feathers on the eagle depicted on the reverse of the coin. The earlier version originally had 8 feathers before the number was reduced. One major variety is actually 7 feathers struck over 8 feathers (7/8 doubled tail feathers) - which resulted when the engraver was updating the die to strike 7 feathers over the original 8. The difference between the 7 vs 7/8 vs 8 tail feathers 1878 Morgan dollar is depicted above in the example comparison image. 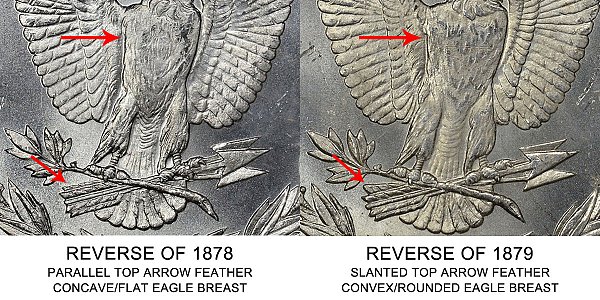