No Motto - In God We Trust 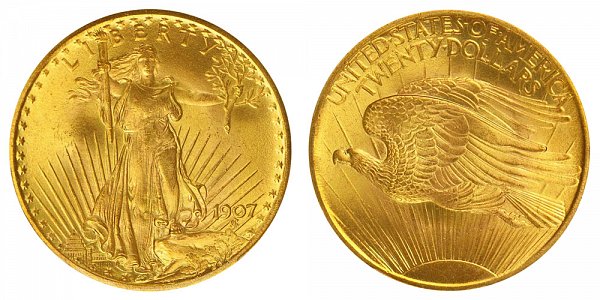 Due to technical difficulties and requirement of multiple strikes for each coins with Ultra High Relief and High Relief - the US Mint decided to change the system to be more practical for minting coins. The new system required only 1 strike per coin - which resulted in a Low Relief field. The design is also changed as well - particularly with the date. The MCMVII Roman Numerals were used in all High Relief coins - but this was later changed to the common "1907" Arabic Numerals afterwards. So any "Low Relief" and "Arabic Numeral" varieties are one and the same. 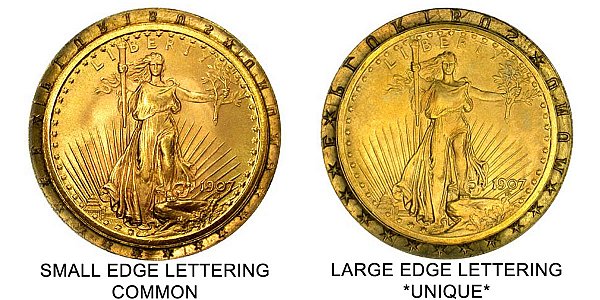