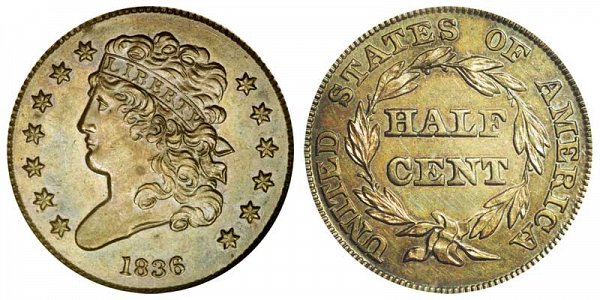 One major variety of the 1836 Classic Head Half Cent (Penny) is the restrike with the reverse of 1840-1857 - produced around 1859. This variety features a reverse design with small berries. In addition: There is no bar or line under the word "CENT" and no dot in the center - along with larger letters. This is also known as the Second restrike.

First Restrike: There was a first restrike variety which was produced around 1859 as well using the exact same physical dies as the original coins (including reverse of 1836) - which makes it extremely difficult to discern the differences between the two. According to experts: The first restrike has a bulge in the center due to the obverse die along with some buckling and much stronger details along the rims.

The difference between the original vs restrike (reverse of 1840) is depicted below in the example comparison image (reverse of 1836 restrike is not shown as it looks virtually identical to the original as it uses the same physical die). Source of example images are courtesy of Heritage Auction Galleries: 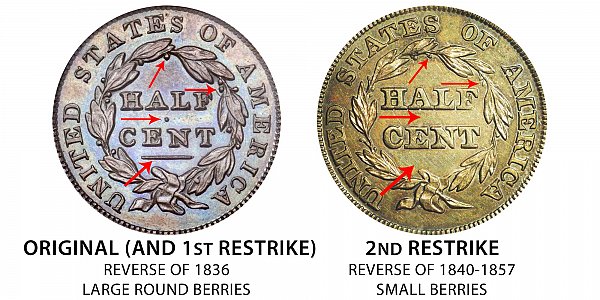