1797 Liberty Cap Half Cents : All Varieties 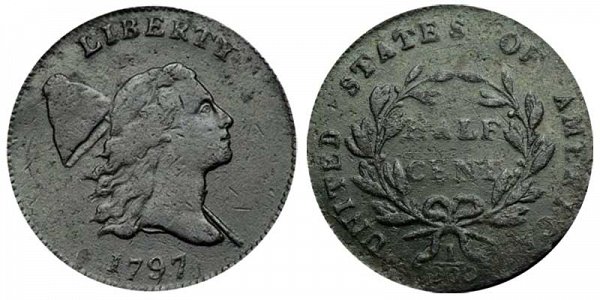 There were multiple varieties of the 1797 Liberty Cap Half Cent (Penny). Three of them had no errors and the liberty head was centered on the die in the standard position as depicted in the example image above. The only difference between them is that the edge of the coin had a different design. The most common was the plain smooth edge. Slightly rarer is the lettered edge which contained the words "TWO HUNDRED FOR A DOLLAR". The rarest and most valuable variety had a gripped edge with vertical lines similar to what a modern day quarter or dime would have. Depicted below is an example of what a lettered edge would look like:

In addition: here is an example image of what a gripped edge would look like: 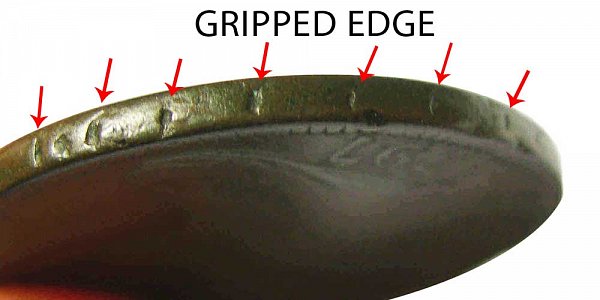 The next variety had a plain edge but the liberty head portrait was misaligned and positioned much lower than normal. In fact it almost touches the date and is easy to identify. This difference between a normal centered head vs low head alignment is depicted below in the example image of the coins: 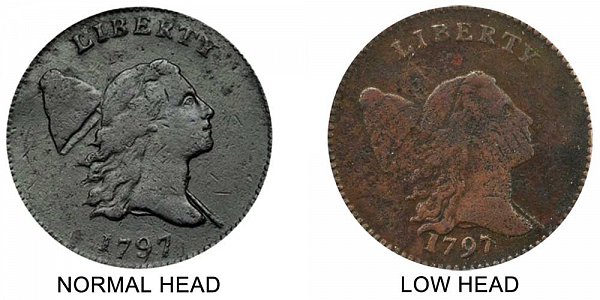 The last major variety was the "1 Above 1" error. This coin features a number "1" over the normal "1" in the 1797 date as depicted below in the example image: 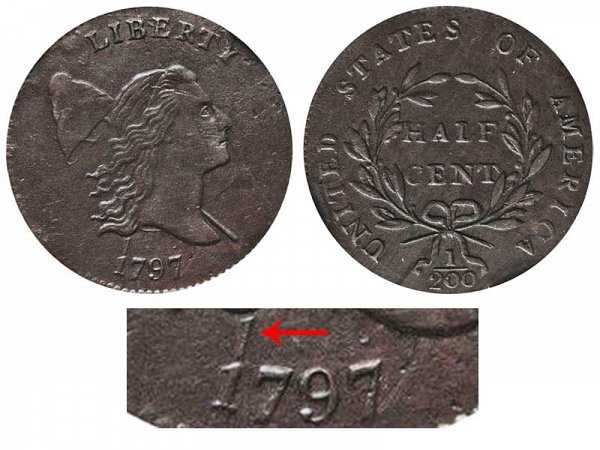