1805 Draped Bust Half Dollars : All Varieties 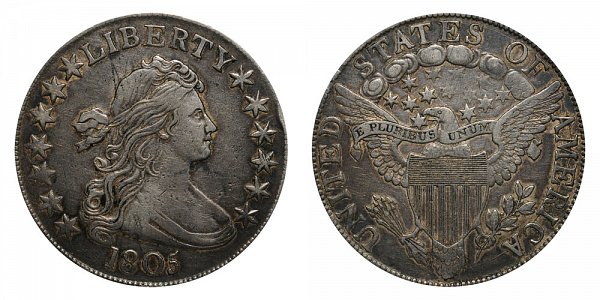 There were two major varieties of the 1805 Draped Bust Half Dollar. The most common main variety is the 1805 "Normal Date" variety without any major errors or special overdate features - as depicted above. The other major variety is the 1805/4 "5" Over "4" overdate error in which a "5" was punched over a "4" on the die - which resulted in parts of the underlying "4" being prominently visible on the right side portion of the "5" as depicted below in the example closeup image: 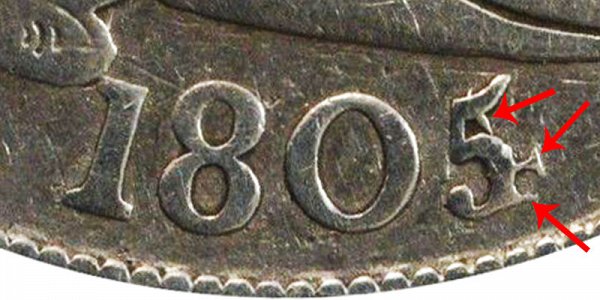 1803 Half Dollar: All Varieties

1806 Half Dollar: All Varieties