James Earle Fraser was born on November 4, 1876 in the city of Winona, Minnesota. Thomas Fraser, his father, worked as an engineer during the time when the railroad was expanding through the Western frontier of America. Thomas was also one of the men who helped find and recover the remains of General Custer's 7th Cavalry who had been defeated by the Native Americans in famous Battle of Little Bighorn. James Fraser was raised in the frontier and among the Sioux Indians and other Native Americans. Minnesota at that time was part of the Western Frontier of America where James witnessed the life and fall of the American Bison of the prairies and the Native tribes being forced westward or onto Indian reservations. 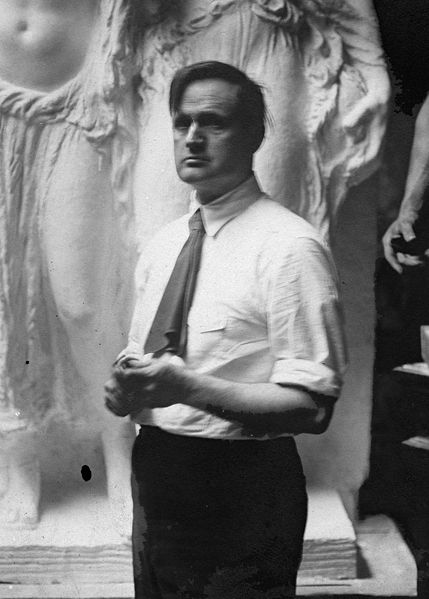 At a young age, James Fraser began learning the art of sculpting and crafted carvings from rocks of limestone found near his home around Mitchell, South Dakota. Later on in 1890, at the age of 14, Fraser took up classes at the Art Institute of Chicago, which helped him gain more experience. At the age of 18, his first iconic and major work of art turned out to be one of his most famous, now known around the world as the "The End of the Trail" sculpture. The symbolism and meaning of this statue was very deep and powerful. It represented the end of the trail for many proud Indian warriors who fought until exhaustion to protect their people and way of life during the time of Exposition and westward expansion of the United States. 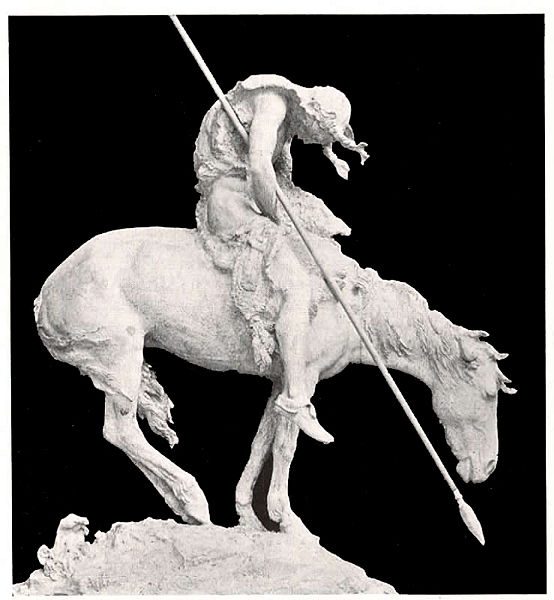 "The End of the Trail" sculpture designed by James Fraser, which propelled him into fame.

His work of art earned him an invitation to the Ecole des Beaux Arts and Academie Julian art schools in Paris, France. He continued his study of art for 5 years before returning to the US. James Fraser then worked as an assistant for Richard Bock and also Augustus Saint-Gaudens, who was one of most famous US coin designers and sculptors of his time. Saint-Gaudens was very impressed with Fraser and felt that he was the most gifted assistant working under him. Fraser went on creating many other sculptures, busts and works of art. Not to mention, he started his own art studio in 1902 and later taught at the Art Students League of New York City between 1906 and 1911.

As Fraser built up his reputation and recognition, he was asked in 1911 by Treasury Secretary Franklin MacVeagh to come up with a design for a new US five cent piece. James Fraser took the opportunity, with passion, to memorialize the Bison and American Indians through US coinage. Shortly before this time period, the American Bison was hunted nearly to extinction and only about 1,000 were thought to still exist. This new design was well-liked by the Mint, Treasury and those who reviewed it. One person who didn't like it was the current US Mint Chief Engraver Charles E. Barber, who was left out of the loop regarding the plans for designing a new nickel.

Another major critic was Clarence Hobbs, the owner of Hobbs Manufacturing Company which produced coin operated vending machines. He stated that the coin was not compatible with his machines, which are designed to detect counterfeit coins. Ultimately, he requested that the cheekbone of the Indian head be flattened and that there be a clear space around the rim. Congress agreed that the Hobbs new machines and their counterfeit detection would be very useful to the American public.

This boosted Hobbs case until he demanded that the Buffalo Nickel be changed to accommodate his commercial machines. Treasury Secretary MacVeagh noted that while it is important that major business considerations should be factored into the design of coinage, no other businesses had complained about it. MacVeagh continued and stated that the artistic symbols of our Nation have more merit than temporary commercial obstacles. Eventually, Congress approved the James Fraser's design and so the new Buffalo Nickel coin (also known as the Indian Head Nickel) was then minted and put into circulation on March 4, 1913. 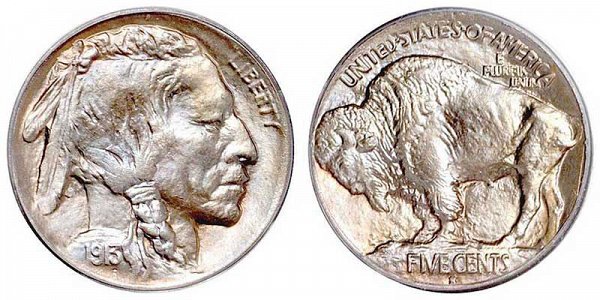 The first reviews of the coins by The Numismatist and The New York Times were not that good. They complained that they did not look very good when they were brand new and shiny and would be terrible after they become dull and worn out. The Numismatist recommended that the Indian head be shrunken and that the Buffalo be removed. Charles Barber, the Chief Engraver, reported that the dies were being worn out three times faster than the old nickels. He suggested that the "FIVE CENTS" on the bottom of the coin be enlarged and that the mound or hill be removed. Fraser approved the changes during that first month of production and the new Line Type II Buffalo Nickel was produced, which had the "FIVE CENTS" below the mound on the reverse of the coin. Unfortunately, the dies actually broke down even faster with the new changes. Although, this successful design would be used until 1938, the final year that the Buffalo nickel was minted. 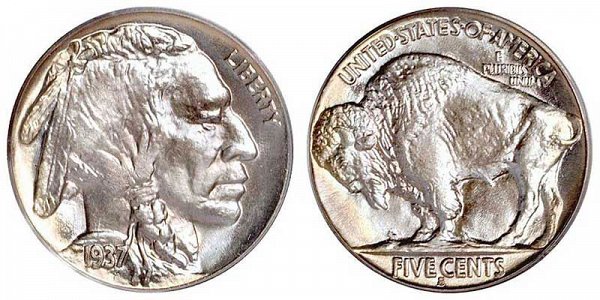 The inspiration for the buffalo itself on the coin, came from "Black Diamond", which as an actual buffalo that was displayed at the New York Central Park Zoological Garden. This buffalo would become an American symbol, an animal exclusive to the United States. After the nickel was minted in 1913, the endangered buffalo population began a strong recovery. The Indian head on the obverse was also inspired by real Indian people, but it was not a portrait of one individual. Instead, Fraser said it was a combination of about 3 different Native Americans that produced a "type" image rather than a portrait. The Indians he used were Chief Iron Tail of the Sioux Tribe, Big Tree of Kiowa and Two Moons of Cheyenne. Fraser stated that Chief Iron Tail was the best Indian head for his designs. Chief John Big Tree was known as being the inspiration for James Fraser's "End of the Trail" sculpture, and Chief Two Moons was one of the Chiefs who fought in the Battle of Little Bighorn. 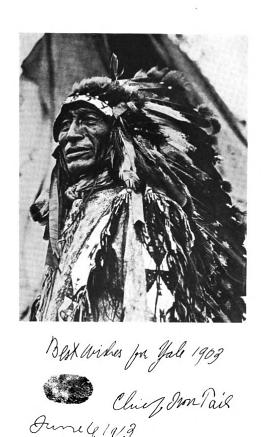 Photo of Chief Iron Tail - Largest inspiration for the Indian head on the Buffalo Nickel. 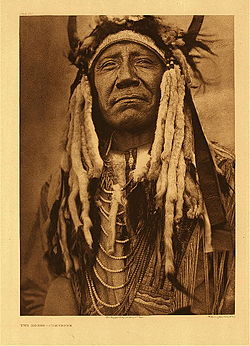 Photo of Chief Two Moons - Inspiration for the Indian head on the Buffalo Nickel.

Shortly after the success of the Buffalo Nickel, Fraser married Laura Gardin, who was also an artist who designed commemorative half dollars and medals. James wouldn't produce anymore US coins, but he would design many other famous works of art. Typically, he would continue using the American Indian and buffalo themes for his work. Some famous works of art included the Theodore Roosevelt Memorial depicting an Indian chief full figure. The "Buffalo Herd" is another bronzed-casted sculpture he completed in 1950 which depicted a stampede of bison. Fraser also produced "The Contemplation of Justice" and "The Authority of Law" for the US Supreme court, statues at the National Archive and the US Treasury. Another work called "The Arts of Peace" was a pair of statues was produced by Fraser.

In addition to statues, he produced various coins and medals, including the World War I Victory Medal and Navy Cross. The only other time James Fraser was close to redesigning a US coin was in 1952 when he proposed revising the bust of Lincoln on the Lincoln Cent for the 1959 sesquicentennial of Lincoln's birth. Ultimately, his designs were not accepted, but the reverse of the Lincoln cent was changed that year. 1958 marked the end of the Lincoln Wheat Cent and 1959 marked the beginning of the Lincoln Memorial Cent. It's possible that Fraser was the inspiration behind the change.

James Fraser passed away on October 11, 1953. He had earned many awards and honors during his career. His friend Barry Faulkner described him as: "His character was like a good piece of Scotch tweed, handsome, durable and warm.". After his buffalo nickel was discontinued, it did eventually return as a gold commemorative bullion coin known as the 1 ounce Gold American Buffalo starting in 2006. It featured the original Indian head on the obverse and bison on the reverse. In 2008, they produced a 1/10 ounce, 1/4 ounce, 1/2 ounce and 1 ounce gold coin set. Due to the value of gold coins recently along with popular design, these are very popular and hard to find.