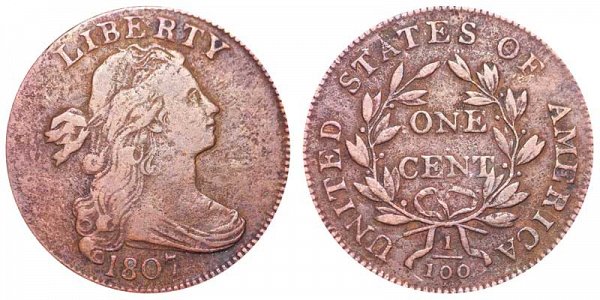 Another major variety of the 1807 Draped Bust Large Cent (Penny) features a smaller fraction on the reverse of the coin. The numbers in the 1/100 denomination fraction are much smaller and further away from bow that extends down from the wreath when compared to the large fraction variety. The number "1"s also have much smaller notches extending from the tip. The difference between the 1807 large fraction vs small fraction varieties is depicted below in the example comparison image of the coins: 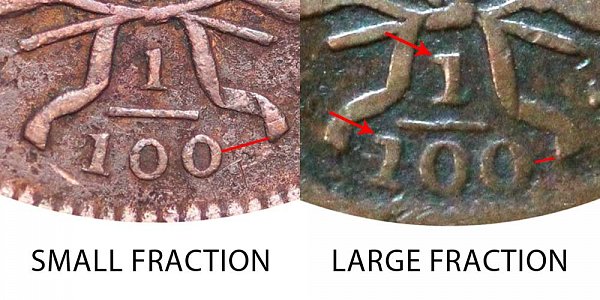