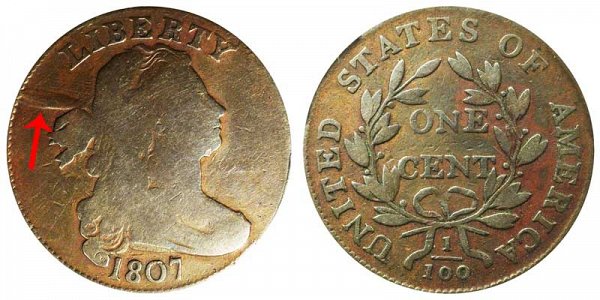 One major variety of the 1807 Draped Bust Large Cent (Penny) is the "Comet" variety. The dies used for striking the obverse of the coin had a large defect. This resulted in a "comet" shaped feature just behind the liberty head and extending to the rim of the coin as depicted by the arrow in the example image of this coin above. 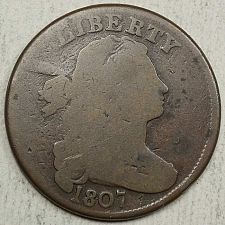