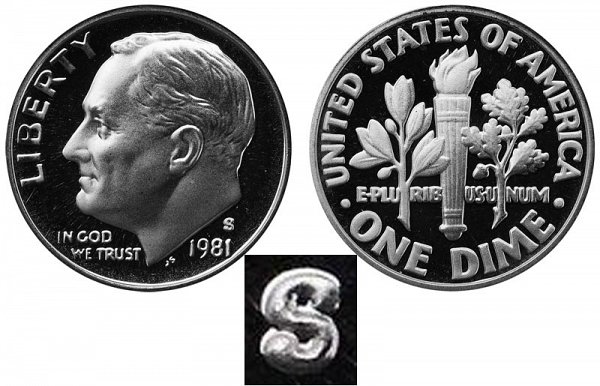 The San Francisco Mint produced two different varieties of the 1981 S Proof Roosevelt Dime where one had a filled in S and the other had a Clear S. Depicted in the example image of the coin above is the Type 2 Clear S version. This can be best identified by the S being clearer and not as filled in. It is also "flatter" in a vertical sense with more styling and rounded ends to the "S". Below is a close-up image comparing the Type 1 Filled S vs the Type 2 Clear S. Click the image to enlarge: 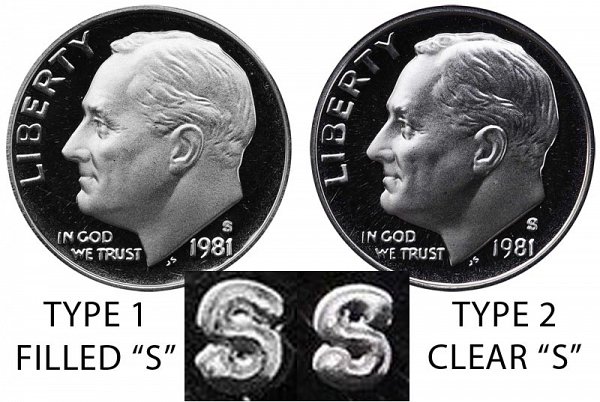