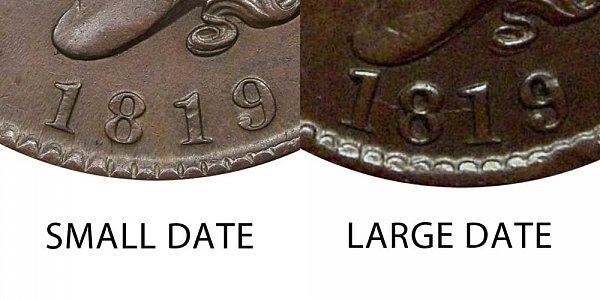 There were a few major varieties of the 1819 Coronet Head Large Cent (Penny). Two major varieties deal with the size of the numbers in the date as one had a small date and the other had a larger date. The differences between the small date vs large date varities are depicted above in the comparison example image.

Another major variety is the 1819/8 overdate variety. This variety features an overdate error with an 1819 date struck over an 1818 date which resulted in part of the underlying "8" still visible within the "9". An example image of this is depicted below: