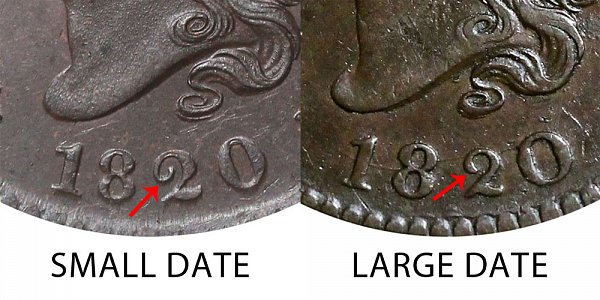 There were a few major varieties of the 1820 Coronet Head Large Cent (Penny). Two varieties deal with the sizing of the 1820 date. One variety had a small date with smaller numbers and also features a curled tip on the number "2" in the date. The large date has large numbers but a flat tip on the "2". These differences in the "2" and the large date vs small date can be seen in the example comparison image of both coins above.

Another major variety is the 1820/19 over date error which features an 1820 date struck on top of an 1819 date. One way to identify this coin is to note the underlying "1" which can be clearly seen within the "2". In some cases the "1" and "8" in the 1820 date will also be doubled. This is depicted below in the example image: 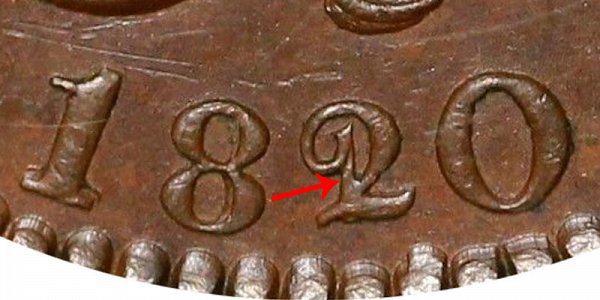