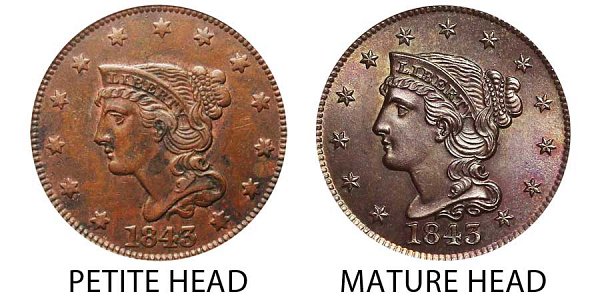 There are a few variety combinations of the 1843 Braided Hair Large Cent (Penny). Two varieties deal with a Mature Head vs Petite Head on the obverse of the coin. The petite liberty head is smaller and rotated more counter-clockwise while the mature head is larger and rotated more clockwise in direction as depicted above in the example comparison image of the two varieties.

In addition: Two other varieties deal with the size of the lettering on the reverse of the coin with Small Letters vs Large Letters which is depicted below in the example image comparing the sizes of the lettering: 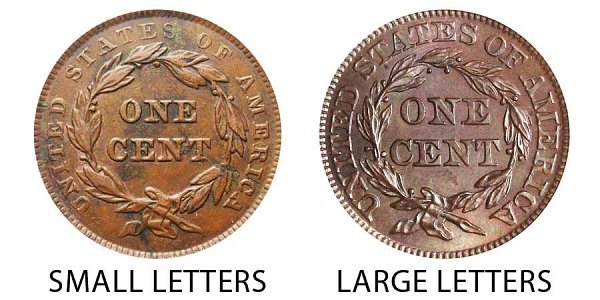