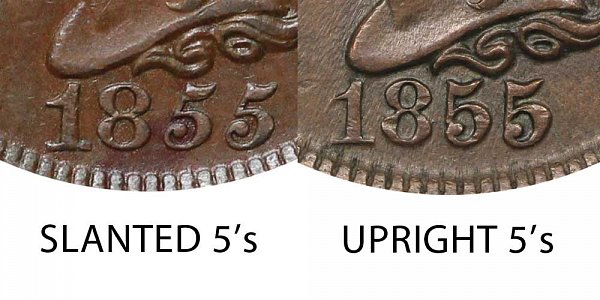 There were a few major varieties of the 1855 Braided Hair Large Cent (Penny). The two major varieties deal with the styling used in the 1855 date. One style featured a slanting or italic "55" while the other variety had a straight upright "55" in the date. The difference between the 1855 Slanted 5's vs Upright 5's is depicted above in the example comparison image of the coins.

Another major variety features a die break on the obverse of the coin which resulted in a very obvious blob appearing on the ear and just above the ear of the liberty portrait on the front of the penny. This is known as the "Knob On Ear" variety which appears on coins with the Slanted 5's variety. This variety is featured below: 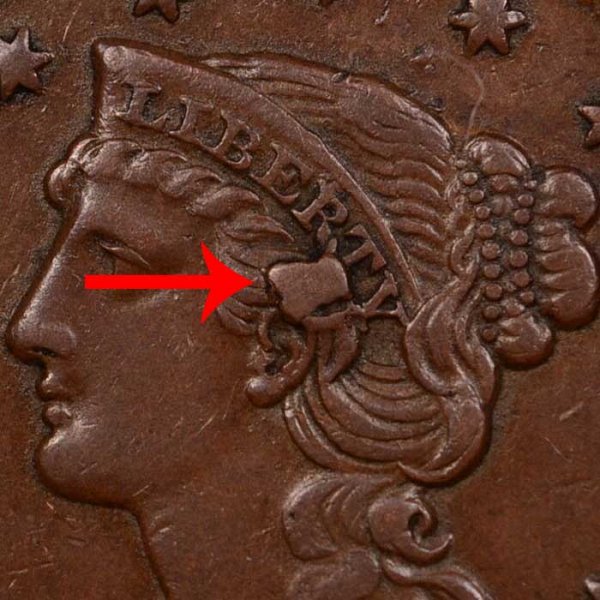