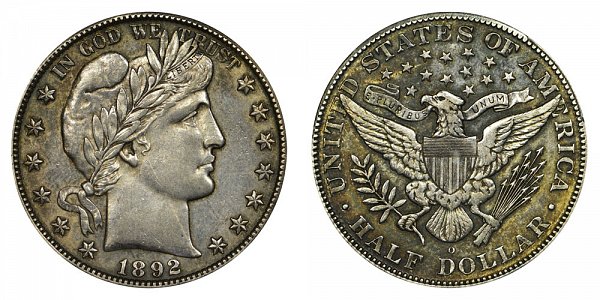 One extremely rare and valuable variety is the 1892 "Micro O" Barber Half Dollar. This New Orleans minted coin has a much smaller "O" mint mark on the reverse of the coin - It is much smaller than normal. In addition: The shape of the "O" is very different than normal as well. The left side of the "O" is thinner and weaker while the right side is actually thicker. This micro "O" was an error caused by the Mint mistakenly using a smaller mint mark punch that was intended for the Quarter dollar instead of the Half Dollar. The error was discovered quickly and less than 100 of these coins were estimated to be produced. It is one of the rarest and most valuable varieties.

The difference between the Normal "O" vs Micro "O" mint mark is depicted below in the example comparison image of the coins: 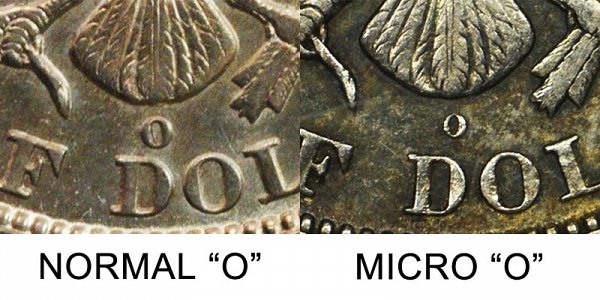 USA Coin Book Estimated Value of 1892-O Barber Half Dollar (Micro O Variety) is Worth $4,763 in Average Condition and can be Worth $31,774 or more in Uncirculated (MS+) Mint Condition. Click here to Learn How to use Coin Price Charts. Also, click here to Learn About Grading Coins. The Melt Value shown below is how Valuable the Coin's Metal is Worth (bare minimum value of coin). Click here to see the Melt Value of every US Coin.