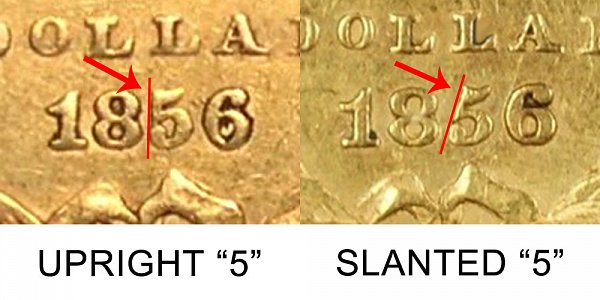 There were to major varieties of the 1856 Large Indian Princess Head Gold Dollar. One variety features an Upright "5" in the 1856 date on the reverse of the coin - which is aligned vertically straight. The other variety is the Slanted 5 in which the "5" is slanted at an angle towards the right. The difference between the Upright 5 vs Slanted 5 Gold Dollar is depicted above in the example comparison image.