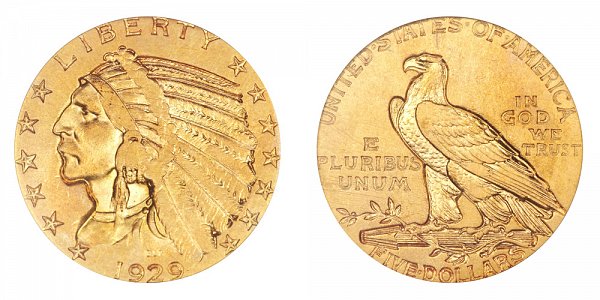 1929 marks the first time the $5 gold half eagle would be produced after 1916. A large number of them were produced but were later melted down within a few years - making the few hundred coins that did survive become extremely rare and valuable. 1929 also happened to be the year of the historic stock market crash that marked the beginning of the Great Depression - a time when there was very little demand in the population for the $5 gold coins. This would be the final year that the $5 Indian Head Half Eagle denomination would be produced. Source of example image is courtesy of Heritage Auction Galleries.