1809 Classic Head Half Cents : All Varieties 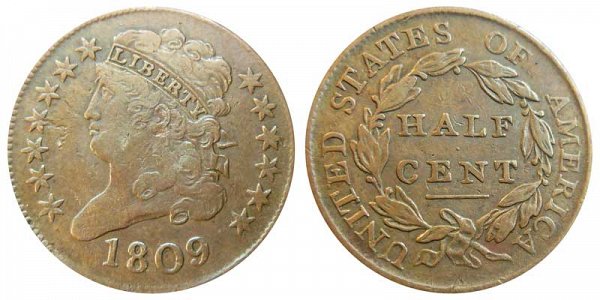 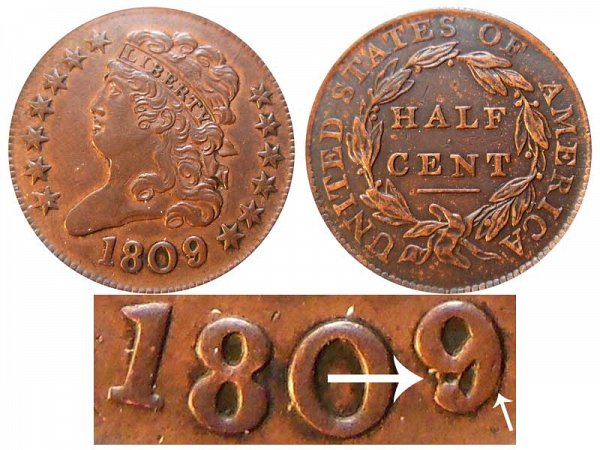 Another major variety features a small circle within the "0" in the 1809 date. This was the result of a large date struck on top of a smaller date which resulted in parts of the smaller zero showing up within the big one. This is depicted by the arrows in the example image of the coin below: 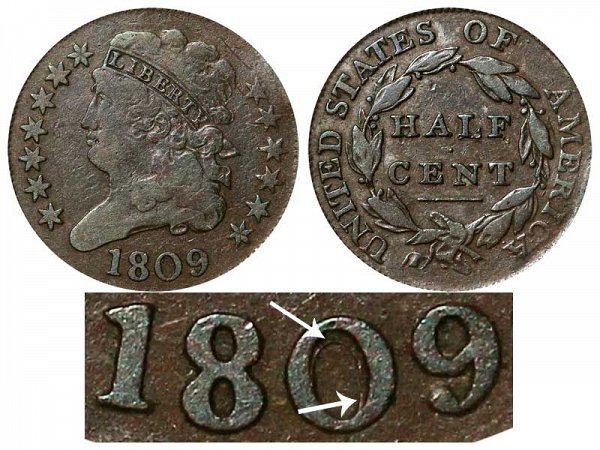