1811 Classic Head Half Cents : All Varieties 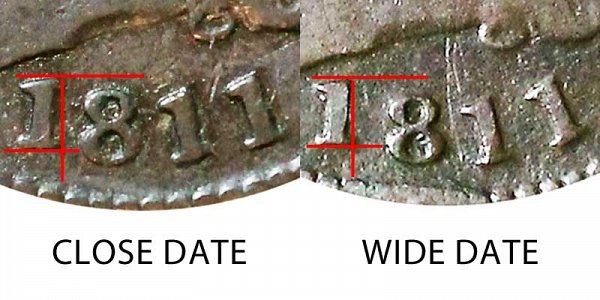 There were a few major varieties of the 1811 Classic Head Half Cent (Penny). Two of them deal with the style of the 1811 date. One variety had a wide date in which the numbers had more spacing between them. In particular: the first "1" in the 1811 date was further away and aligned higher relative to the "8". The close date featured the numbers closer together. The difference between the wide date vs close date is depicted above in the example comparison image.

The other major variety is actually an Unofficial Restrike using the reverse die of the 1802 half cent. The US Mint sold it's broken dies as scrap metal to a man named Joseph J. Mickley. Mickely used the rusted 1811 obverse die and muled it with an 1802 reverse die to produce about a dozen known intriguing but low quality restrikes. This is depicted below in the example image. Source of example image is courtesy of Heritage Auction Galleries: 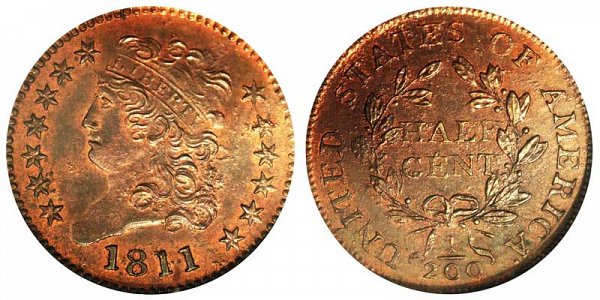