1795 Flowing Hair Half Dollars : All Varieties 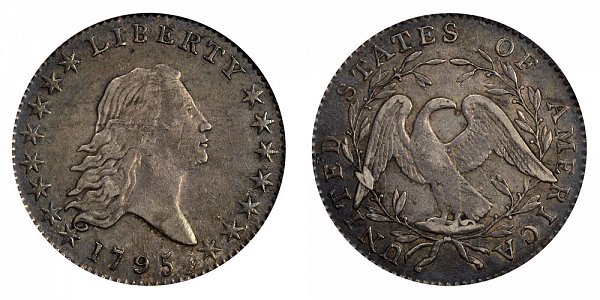 There are a few major varieties of the 1795 Flowing Hair Half Dollar. The most common variety is simply the "Normal Date" type which has no major errors or special features on the coin - as depicted above. One major variety is the 1795 Recut Date which features a doubling of the 1795 date. The first strike of the date was positioned too low and extended into the rim of the coin. This was later corrected when the engraver recut the date into a higher position on the die. This resulted in coins with an underlying 1795 date sitting much lower than the second strike date as depicted below: 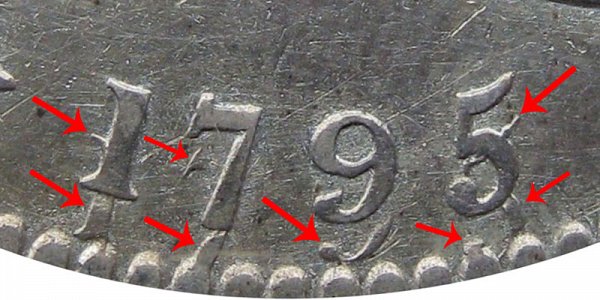 Another major 1795 half dollar variety features additional leaves on the wreath depicted on the reverse of the coin. Typically there are two leaves on the wreath that are positioned just below each of the eagle wings. Although a rare and valuable variety features 3 leaves under each of the wings instead. The difference between the 2 Leaves vs 3 Leaves under each eagle wing is depicted below in the example comparison image of the coins: 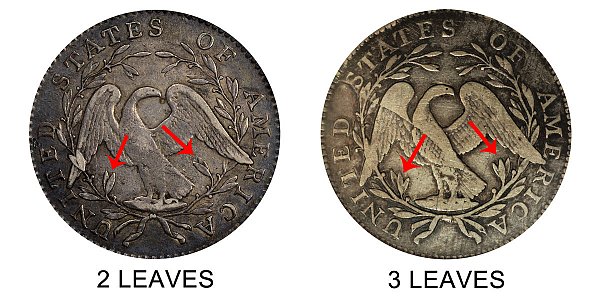 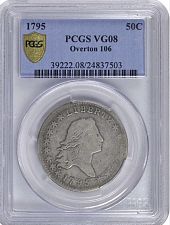 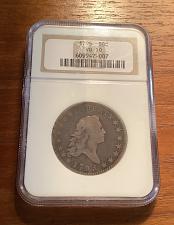