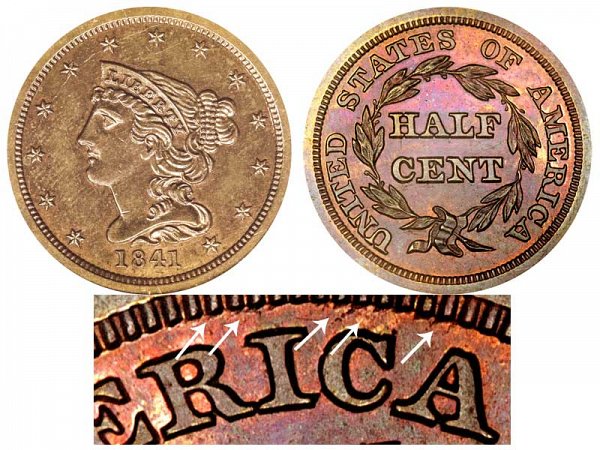 One major variety of the 1841 Braided Hair Half Cent (Penny) is the Second Restrike version which was produced later on around 1859 for collectors. The obverse of the coin features a large die crack from star number 3 through 7 on the left-hand side. This can be identified by noting that the berries on the reverse of the coin are much smaller than the original version. In addition: There are small die file marks above the letters "RICA" in the word "AMERICA" on the reverse of the coin. The letter "T" in the word "CENT" is not doubled so this helps distinguish the second restrike from the first restrike. The difference between the 1841 braided hair half cent original vs first restrike vs second restrike is depicted below in the example comparison image (Source of example images are courtesy of Heritage Auction Galleries): 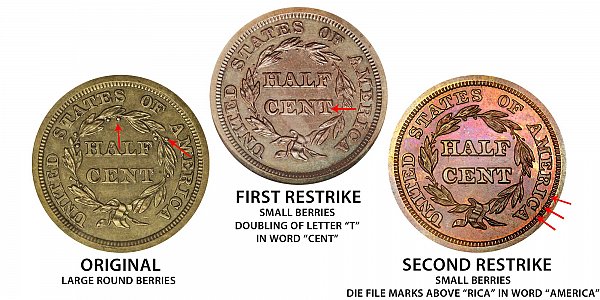 1840 Half Cent: Second Restrike - Proof Only