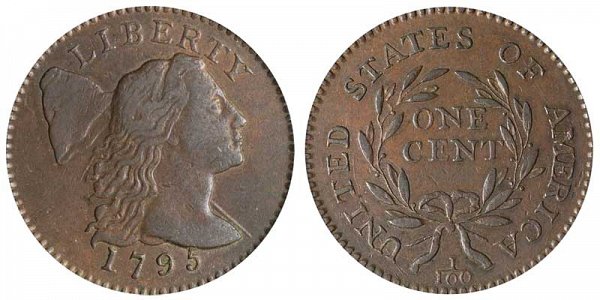 This variety of the 1795 Liberty Cap Large Cent (Penny) has a lettered edge which features the words: "ONE HUNDRED FOR A DOLLAR" alone the edge of the coin. In addition: The words "ONE CENT" is not centered within the wreath as it typically is but is instead aligned higher up in the wreath as depicted above. Depicted below is an example image of what a lettered edge of the coin would look like (specifically shown in this example is the word "DOLLAR"):

In addition: depicted below is an example comparison of the word "ONE CENT" in the wreath on the plain or reeded edge vs lettered edge: 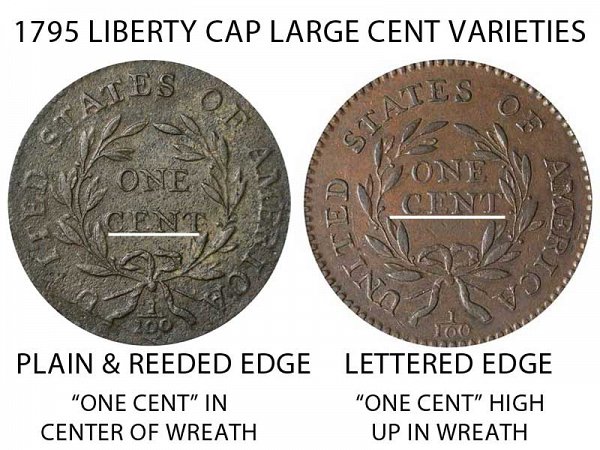