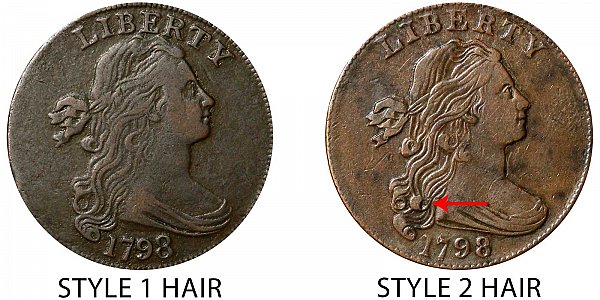 There are a few major varieties of the 1798 Draped Bust Large Cent (Penny). Two of them deal with the hair style on lady liberty on the obverse of the coin. "Style 1" features the older hair style with the absence of one curl of hair. "Style 2" is the newer type which features an additional curl of hair just above the shoulder. The difference between the Style 1 Hair vs Style 2 Hair is depicted above in the example comparison image of the coins.

The last major variety is the 1798/7 Overdate Error which features a 1798 date struck over a 1797 date which resulted in part of the underlying "7" still visible within and/or around the "8" as depicted by the arrows in the example image below (Source of example image is courtesy of Heritage Auction Galleries): 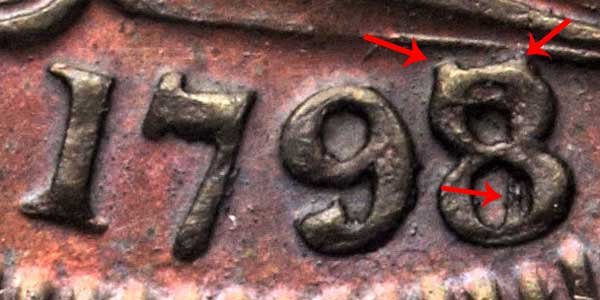