Type 2 - Stars on Obverse - No Drapery 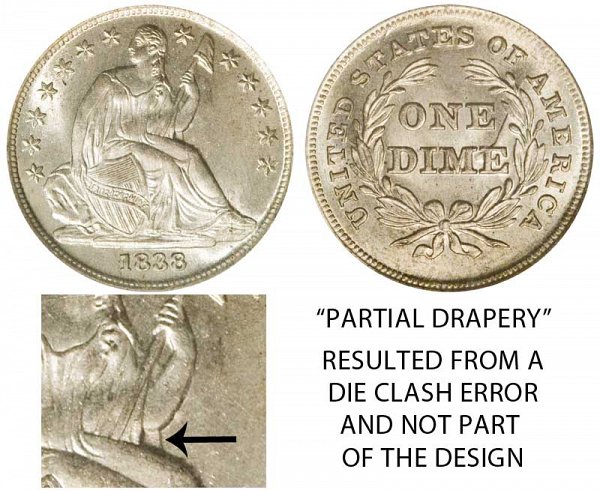 One major variety for this year is the 1838 Partial Drapery Seated Liberty Dime. The standard design was a liberty with no drapery on the obverse. Although some coins feature what looks like a small bit of drapery between the arm and leg of liberty as depicted by the arrow in the example image above. It turns out that this was not part of the formal design because the drapery was not added until 1840. This "partial drapery" is actually the result of an accidental die clash error! Source of example image is courtesy of Heritage Auctions.