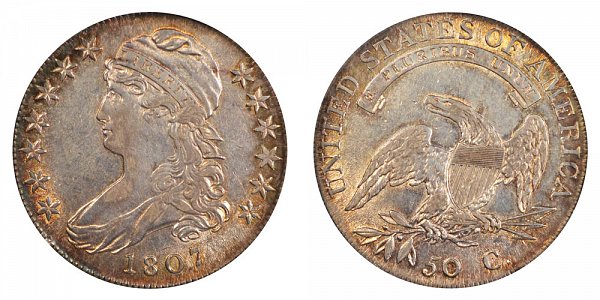 There were two major varieties of the 1807 Capped Bust Half Dollar. One variety had smaller stars on the obverse of the coin and the other had larger stars. The variety depicted above is the "Large Stars" variety. 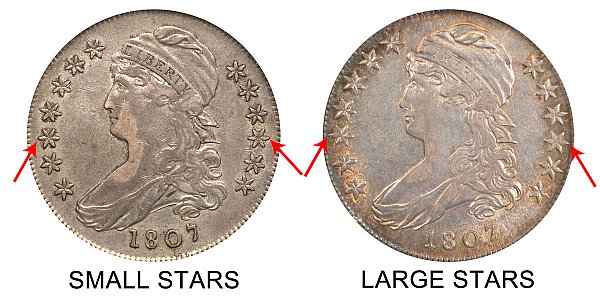