1828 Capped Bust Half Dollars : All Varieties 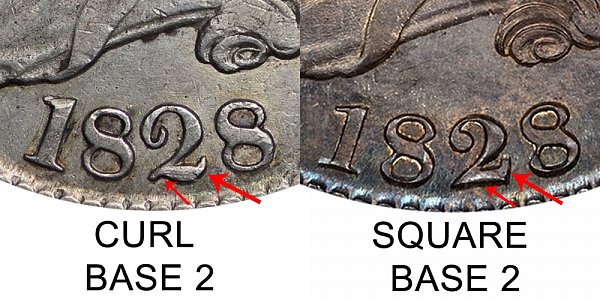 There were multiple varieties and sub-varieties of the 1828 Capped Bust Half Dollar. The two major varieties deal with the style of the number "2". One variety has a curved or curled base on the number "2" while the other variety has a square base 2 with a flat base that comes up at a straight angle as depicted above the example comparison image.

The curl base 2 has two major sub-varieties. One variety has a knob on the upper tip of the "2" while the other has no knob - but instead curls around and up as depicted below in the example comparison image: 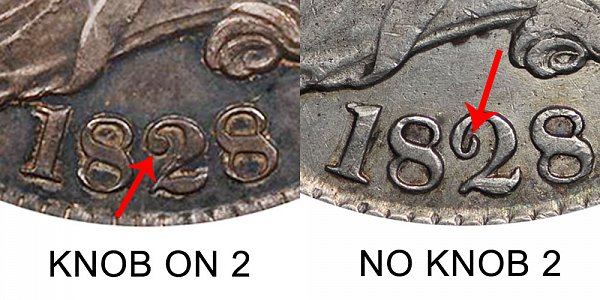 The square base 2 also has a few sub-varieties as well. One variety has small 8's which are spread out with more spacing between the numbers. The large 8's variety has the numbers more closely spaced together. When lining up the tops of the "1" and first "8" in the 1828 date: The line intersects the "2" in the small 8 variety whereas the line goes above and over the "2" in the large 8 variety as depicted below in the example comparison image of the large 8s vs small 8s: 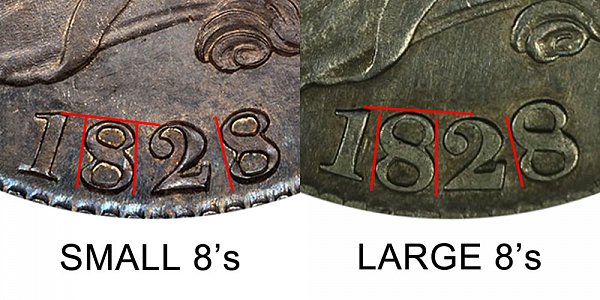 Lastly: The square base 2 - small 8's variety has two more sub-varieties of its own. The small letters variety happens to have smaller letters on the reverse of the coin whereas the other variety has larger letters. Sometimes it is difficult to distinguish the difference - but there are a few things to look at. 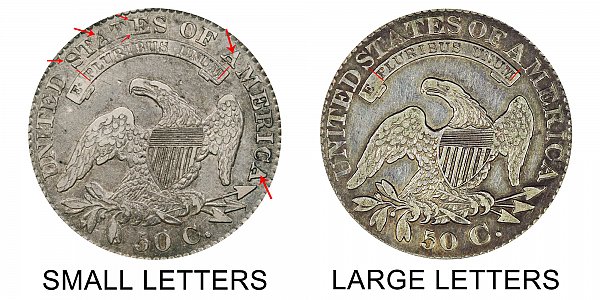