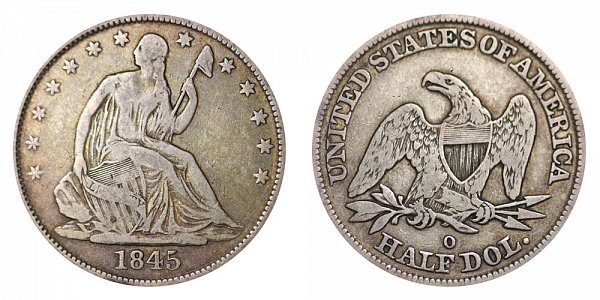 One major variety of the 1845 O Seated Liberty Half Dollar features no drapery under the elbow on the right side of the liberty portrait. This was actually not done by design but was instead the result of an accident. A worker at the Mint was trying to polish and remove clashmarks from the obverse die and mistakenly removed the drapery. Depicted below is an example comparison image showing the differences between the "With Drapery" vs "No Drapery" design varieties: 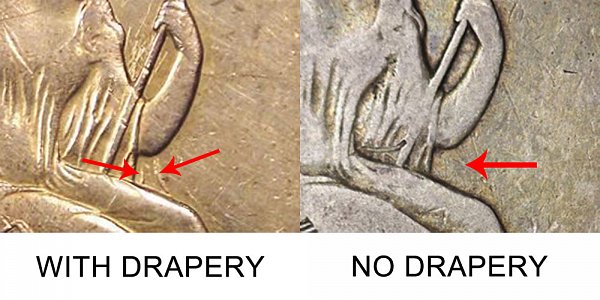 1846 Half Dollar: All Varieties