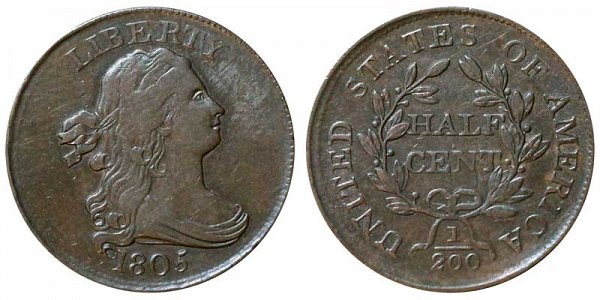 One major variety of the 1805 Draped Bust Half Cent (Penny) features a medium "5" in the 1805 date on the obverse of the coin along with no stems (stemless) on the wreath depicted on the reverse of the coin. The medium "5" is slightly larger than the small "5" variety. The best way to identify the difference in the sizes of the number "5" is to note that the medium "5" is noticeably closer spaced to the "0" than the small 5 variety. The difference between the Small 5 vs Medium 5 vs Large 5 is depicted below in the example comparison image fo the coins: